NASA thank you for helping develop Angry Birds Space and broadening the interest of my son from trains to space travel!  And NASA, thank you for making space ships and thank you for flying them over our city.  Today felt so special, a dignified salute to Discovery and the successful missions, and to the pause of an era. 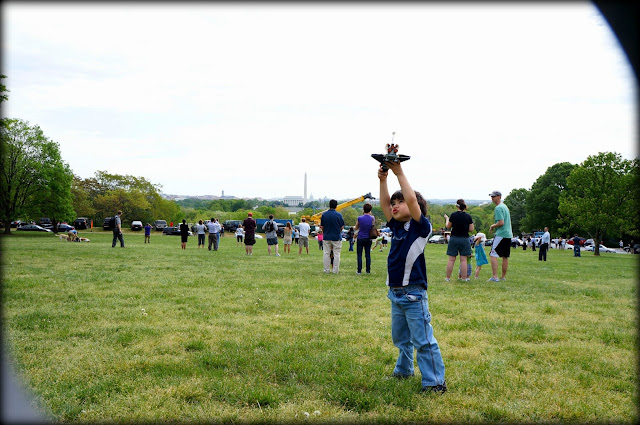 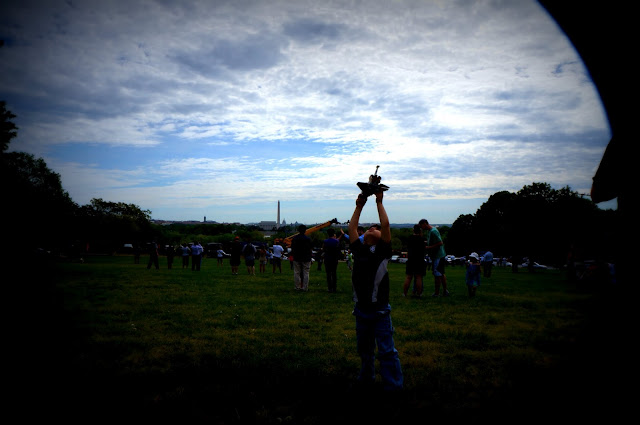 We partied on the lawn between Arlington Cemetery and Iwo Jima, in front of the Netherlands Carillion.  Not far from Reagan National, airplanes regularly landed in the distance, loudly shaking the blades of grass and tulips around the park.  But as the time for the pass over impended, air traffic at Reagan came to an eerie halt.  As more messages from the net and friends started coming in that the time neared, the huge crowd self muffled to a spontaneous silence, watchful silence.   A man's cell phone range, "It just passed over the Pentagon?  Ok, it should be here now then."
Another man, "Twitter's saying it should be here now."
We could feel the rumble, but still not see anything.
Then a boy yelled, "There it is! Behind us!"
We all turned around and the plane flew right over us! 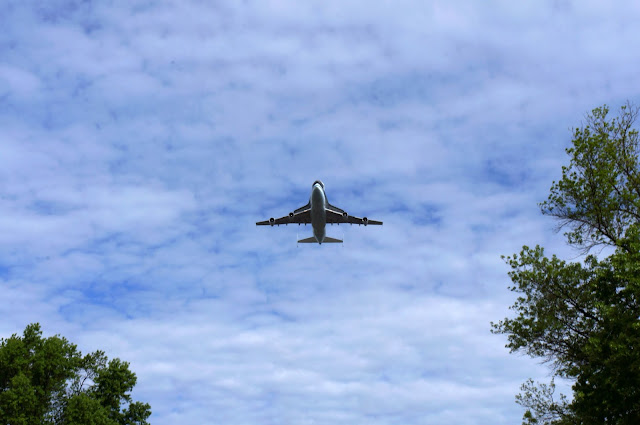 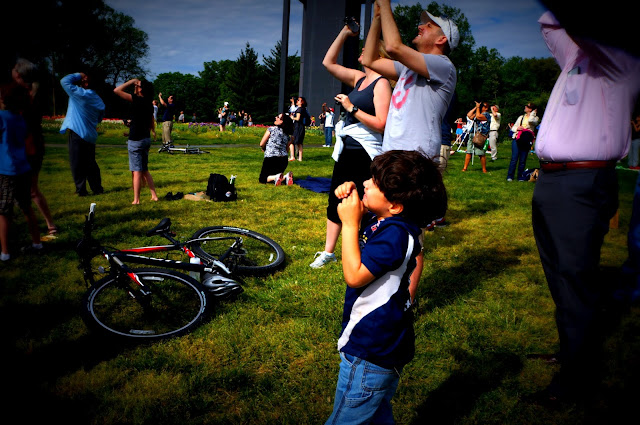 Everyone screamed with joy and awe.  Pictured snapped like crazy.  Kaio jumped up and down. 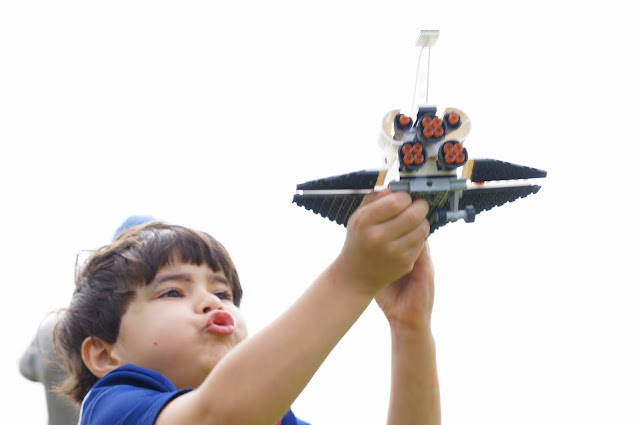 Discovery banked towards DC and the monument.  Seeing something that massive turn, it defied physics.  This event was rare for another reason: DC restricts its airspace, so I've never seen a plane fly in the district before.  It just felt so special.  The collective collaboration of all the groups to make today's simple tribute happen, felt deeply significant.  The emotions of those involved in Discovery's missions, and those who followed and adored space travel, we all felt radiating in the air. 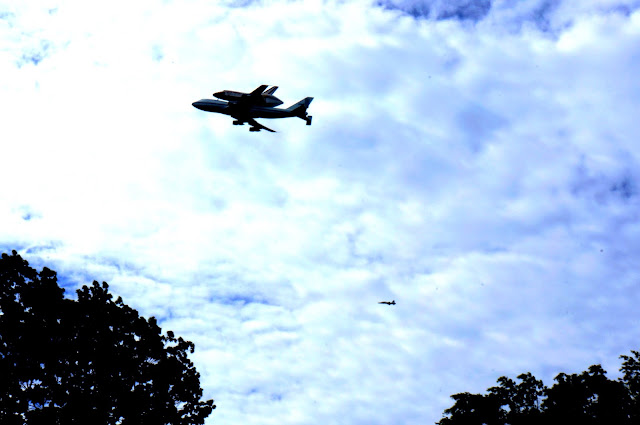 The plane paraded around the region, it passed over us three times, and we all knew the pilot must be clinging on, not wanting to land.


Permission to take her around one more time Captain?
Roger that, permission granted Captain. 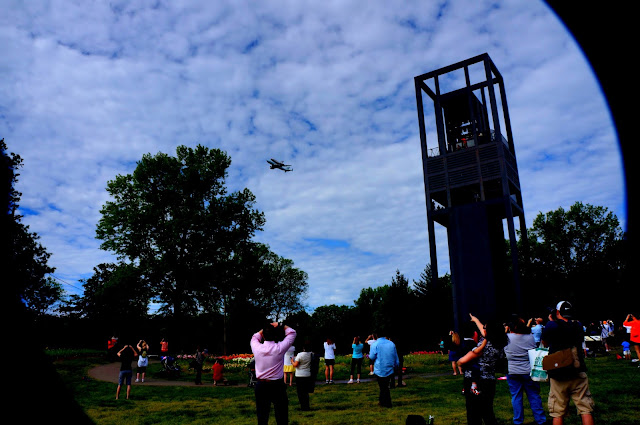 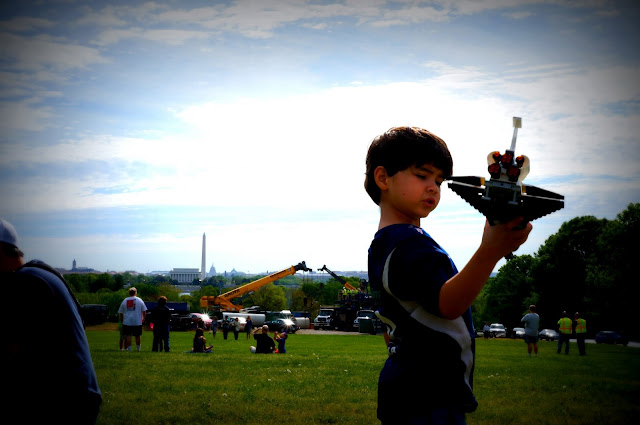