Husband and wife Peace Corp volunteers stationed in a high mountain Andean village sought ideas for how to bring greater economic wealth to the regional natives.  Salasaca, home to Quechua Indians: artisans and farmers startled with the profusion of commerce as the dollar bills paint brushstrokes of capitalist values  across their collectivist landscape.

The Salasaca say that their great grandfathers lived into their hundreds off of quinoa, potatoes and other staples.  In those days they were more isolated.  Now-a-days you could hop on a bus wearing a warm Alpaca poncho and two hours downhill debark in a jungle with locals in shorts and tanks.


Access to trade of goods and ideas loosened the tourniquet detaching Ecuador's native villages, pumping vices like alcohol and junk food through the compacted dirt veins, but also spreading news of modern marvels like camcorders and video games.  When I visited in 2004, most rural inhabitants were still living without televisions in their homes.  And along this path of traditional culture converging with the spread of technology and market, the Peace Core deployed to combat perceived poverty.


So when the dollar came, so did the Peace Corp volunteers to assist in standing up economic stability and helping the Salasacans to modernize and adapt.  These two particular volunteers, Jon and Jane, thought of a solution: the village could raise Guinea Pigs for sale to neighboring communities.   Salasaca Indians consider Guinea Pigs a special food.  They keep them living as pets in their homes and then roast them for notable occasions like weddings or holidays.


Jon and Jane, Americans determined to tap Salasaca's geyser of prosperity by introducing novel concepts of investment and liquidity.  They instructed the Salasacans to make a large pen to contain the Guinea Pigs, feed them grain to grow and breed.  And don't eat them.

Jon and Jane: "You need enough so that the cage is full."

"My daughter is getting married net week can we eat them now?

Jon and Jane: "No not yet, you need to save them until the cage is full."

The Salasacans did not pretend to comprehend why Jon and Jane were asking them to forgo eating Guinea Pigs until they had raised plentiful stock.  But they complied out of courtesy and respect for the smart, well intentioned, Americans.


Ok Jon and Jane left them with these instructions and set out on another mission to share the wisdom of accumulation of wealth in a nearby community.  Meanwhile the Salasaca dutifully amassed their pen of Guinea Pig.

Jon and Jane returned to Salasaa village, anxious to see the town transformed wealthy Guinea Pig producers
- but instead found the cage vacant.

Jon and Jane: "What happened?"

"We did as you said Jon and Jane, we saved all the Guinea Pigs and kept them growing until the cage was full."

Jon and Jane: "And then what happened?"

"Ah yes, thank you for the wonderful idea to save the Guinea Pigs, we were able to throw a big party and the whole village enjoyed them very much for dinner." 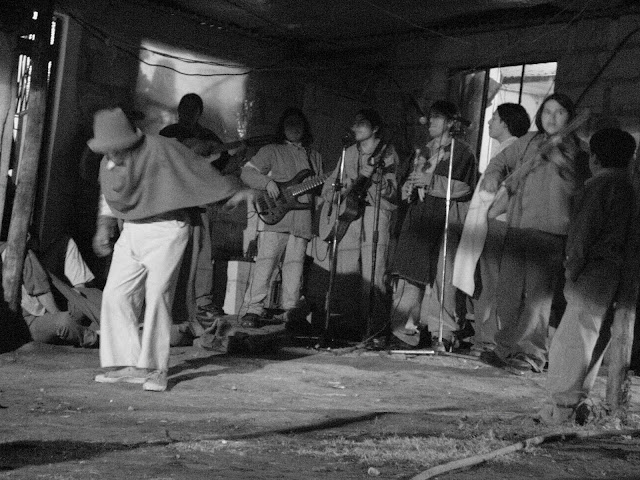 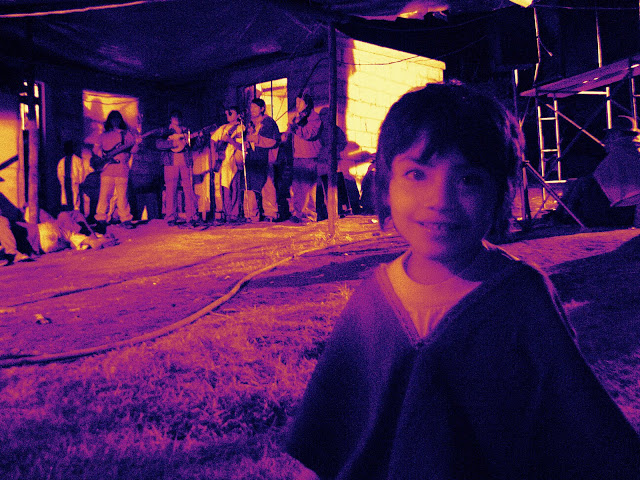 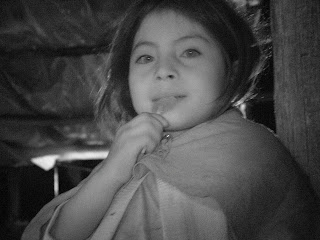 Jon and Jane were so disappointed their plan 'failed' and frustrated the Salasaca did not follow their logic.  They departed feeling like failures for not succeeding in bringing sustainable business to the community.

And the Salasaca Indians felt confused by the experience and reaction of the Americans. 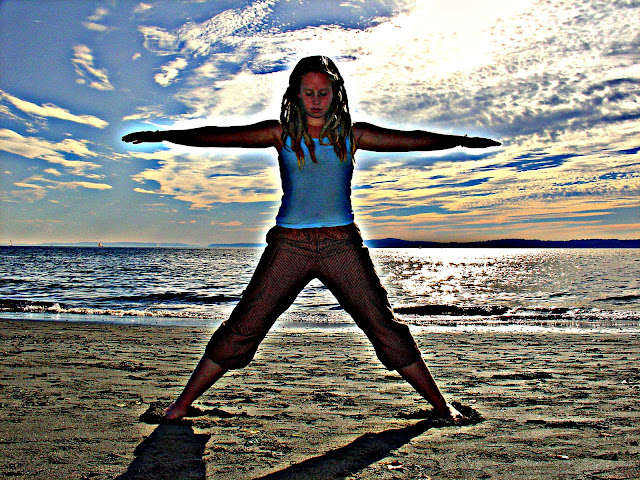 Karma Yoga distinguishes between 'serving' and 'helping.'  A Karma Yogi believes in 'serving' through doing right and good, while leaving the result of this aid to the divine.  But 'helping' implies attachment to a specific desired outcome and when there is misunderstanding and the reaction differs from plan, a negative karmic seed is planted and suffering incurs.

Serving: I volunteer my knowledge of how to grow your own vegetables with no expectation you will use this information.

Helping: I volunteer my knowledge of how to grow your own vegetables expecting you to begin growing your own food.

Maybe something happens in your life preventing you from maintaining your garden this year.  But because my expectations were unfulfilled, I now feel disappointed in the outcome, and thus suffer internally.  This suffering affects my future actions and maybe I mope around town, or decide to give up volunteer work.  This negative cycle of expectation to reaction to bad karma to suffering is called Sanskara.

Similar to when someone says, "I'm such a good person, why do bad things keep happening to me?"
There is no guarantee that good things happen to good people, and dwelling over an attachment to this outcome brings even greater distress than just dealing with the problem at hand.

So in the case of Jon and Jane, if they had shared their knowledge of breeding and raising Guinea Pigs without being attached to how the Salasaca used this knowledge, then they could have left feeling pleased or at least amused with the end result.  Or even better, they could have learned from that experience and further refined their approach to explain more clearly what the Salasaca Indians could do to sell some Guinea Pigs while also having parties.

I'm learning that yoga's a journey of knowledge within ourselves and a process to mature in decision making and reasoning.  By detaching from the need for a specific outcome, we free our mind to objectively analyze experiences and act more wisely in the future.  This positive cycle of knowledge and action guides the course to understanding ourselves and the world.

So many implications for parenting!  And although I admittedly have not researched Attachment Parenting as much as I should have by now, I imagine the philosophies are similar:  relinquish the need for constant dictatorial control, and your parent/child relationship improves.  Trust in the child to make decisions, and lead by example not demand.

Thinking about a typical bedtime around here.

Meanwhile I'm getting more and more upset.
Why?

Then I get even more pissed and start yelling.  They come, I huff and puff and turn out the light without reading them a story.

Ok so yoga doesn't say that kids should do whatever they please all the time.  It actually stresses the importance of discipline and respect in children to adults.  But yoga says by detaching from the expectation of the outcome, I would not have become so enraged with their reactions to my demands.

Did I really expect them to listen to me and go to bed?  I guess I did.

Instead of getting upset that they failed to rise and jump up "how high, sir?!" off to bed, I should have learned from their reaction and adjusted my approach.


hmm seems that's not working and I need to try something else.
No need to get upset about it.

So yeah there's my karmic revelation about yoga and parenting.  If I just never expect them to follow my directions, then I'll never get upset when they don't.  It puts responsibility on me to learn how to earn their trust and respect.  Some kids are not born following their parents' orders; no matter how much we think we're entitled!  A subtle shift in approach based on each child's personality can move mountains.

Today at lunch Nala would not stop getting out of her chair and/or picking at her food without eating it.  I found myself heating up with anger.  And then took a step back to analyse the situation.  Why is this making me angry?  Why do I need her to eat?


So I tried really hard to focus on feeding myself and not demanding her to eat.  I told her there would be no more packaged snacks before meals if she did not eat her real food.  I kept 'calmly' redirecting her to the chair if she dismounted.

Lifting my expectation that she would remain glued to the seat freed up a bit of patience.  And explaining the importance of real food got her eating.  She ended up taking a few bites and I ate the rest - so nothing wasted.

I wouldn't say it was a Karmic win or anything.  But I do think becoming aware of my attachment to controlling the situation helped me to treat her more like a child and less like a prisoner.  And Yoga wisdom says by having more positive Karma actions, we can manifest desired outcomes (although we'll never actually be in control of the reactions).  Through Vidia, roughly: understanding of our lack of control and wisdom of how past actions have fared, we can facilitate more favorable outcomes and good experiences.

If you're interested, check out the Wikipedia article on Sanskara.  It's so much deeper and more nuanced than my lay explanation.  But I tried to break it down in parenting terms based on how my wonderful yoga teacher explained.