Should you let a child choose their own name?

About a week ago Nala learned to say Kaio's name correctly.  Now she calls him 'Kaio' instead of the beloved, "Kako" which had rubbed off on all of us.  I have to say I'm a little sad to not hear that sweet rendition anymore.  It was so cute and contagious, that even Kaio did not main and would sometimes refer to himself as 'Kako.'
I've also been thinking about what to call her.  It seems that everyone on has a different version of her name.  Kaio and I call her Nala
Mari calls her Na-na
Mom calls her Lini
She calls herself Neh-neh, which means baby in Portuguese.

So since she calls herself that, her friends at daycare call her that too.  Her name for herself has remained persistent for months now, even since she has learned pronunciation of more difficult words.  Could this mean she chose her own name?

I did ask her a couple days ago and she said that she wants to be called Nene.  Should I start calling her that?   Should I let her choose her own name?  Isn't that how Peekaboo Streak got her name?  I had a friend in college who officially changed her name from Jessie to Chloe.  She said she felt more like a Chloe than a Jessie.

I do believe that kids adapt their personalities to their names, like how owners start to look like their dogs.  I thought Nala was a pretty cool name, based off of Simba's girlfriend from the Lion King movie.
But I think that I'm going to call her what she wants.  Nene it is. 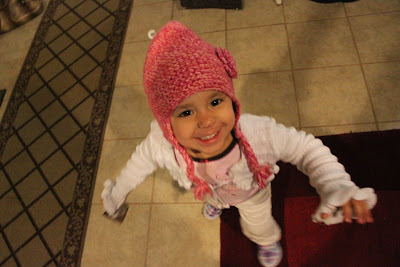