"Mom, you're Old and Stinky! I need some pants."
That's the lovely thank you I got after wiping Kaio's butt.
"What?!  That's mean!" was my response.
"ok, you're not stinky." He said.

It's been a day of riveting discourse.  Today he also insisted that I don't want him anymore and that he's leaving and going somewhere else.  "You don't want me anymore.  I'm leaving.  I'm want to go somewhere else."

We've made beautiful progress with my comfort level around our homeschooling.  I've opened up to trusting in the natural learning process and to the possibility of learning through play.  I've started to see some pretty cool anecdotal evidence that this approach works.  Like the day we stopped off at a battlefield park to run around, that turned into a civil war lesson.  The kids were so much more interested and engaged than if I had planned that.  There was the morning Nala woke me up with a math workbook in her hand begging me to teach her.  The intricate and incredible ships that Kaio builds with legos and the way he studies the text on Mario Galaxy to recognize the words.  The developmental optometrist who told me that the games kids play serve to tone their senses (like playing catch strengthens eye muscles and spinning around in circles as well).

Plus it just feels right to do my thing and let the kids do their thing, merging on common activities every once and a while, having fun. 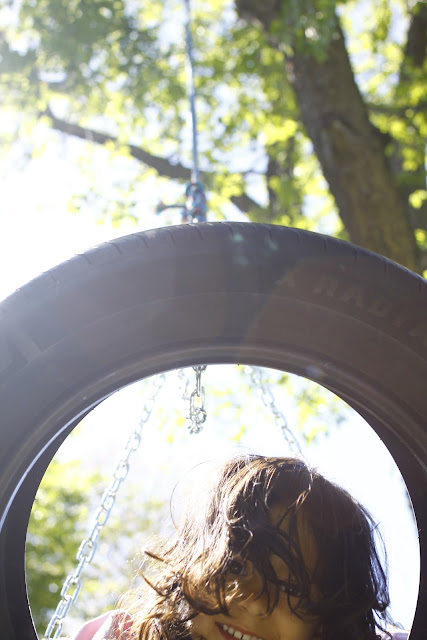 There's the tire swing, that exemplifies unschooling to me.  I had no idea how to do it, but we figured it out.  It took three iterations and some applied physics to attain the optimal swing.  But eventually I succeeded in building a low cost perpetual fun machine.

There's painting the house, where we merge on something practical and valuable for the family. 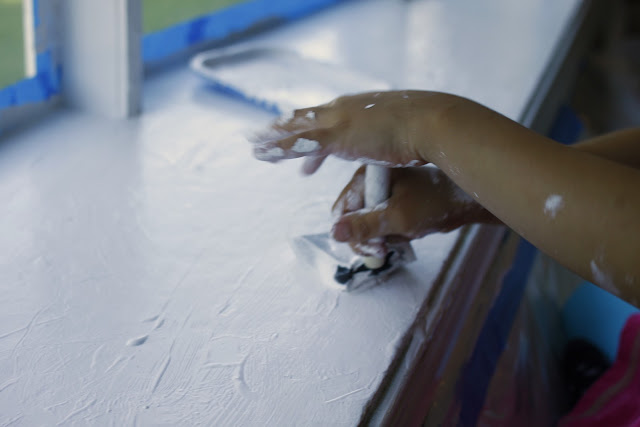 Where I let the kids stand on the ladder and paint whatever they want to, instead of insisting that only adults are capable of climbing ladders. 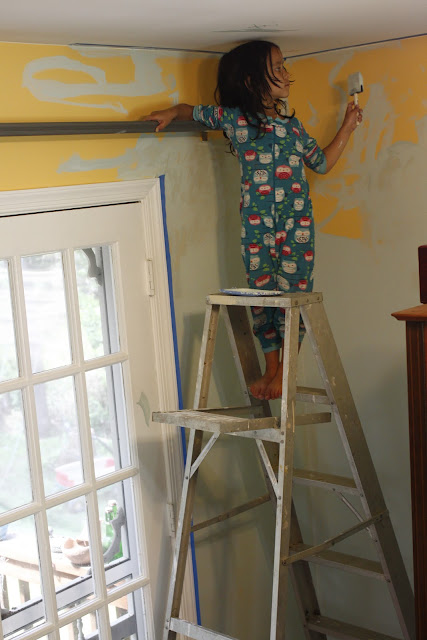 There's the wild balancing acts that defy what I think is possible. 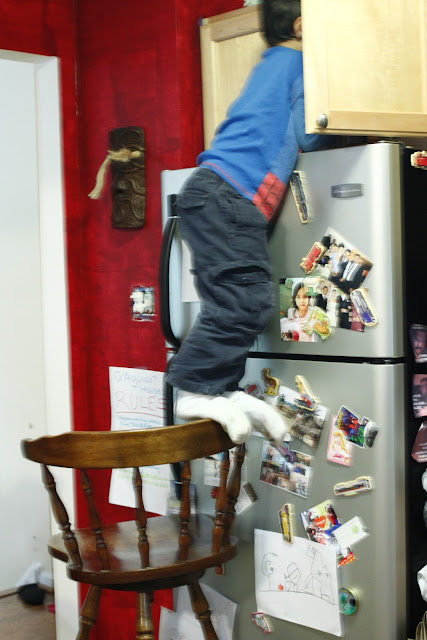 The beautiful mixed medium art projects, where I gave no instruction and no example for her to copy. 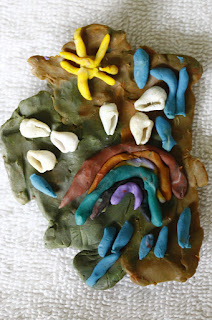 There's the spontaneous moments, when I need to just sit down and soak.  When I can place down my bag and become engrossed in a simple task fully, without a mental tug propelling me on to the next spot.  When I can feel and truly believe that where we are at is the destination. 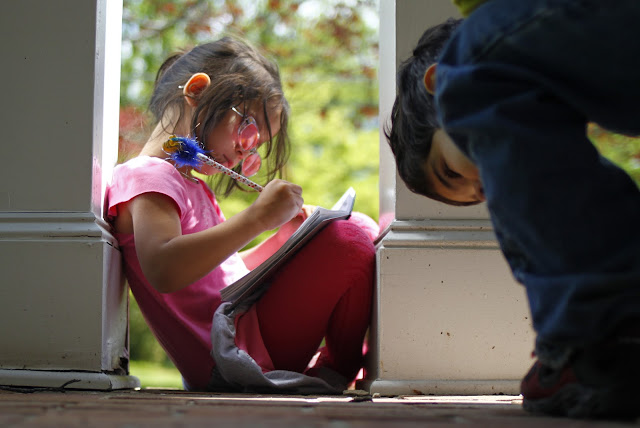 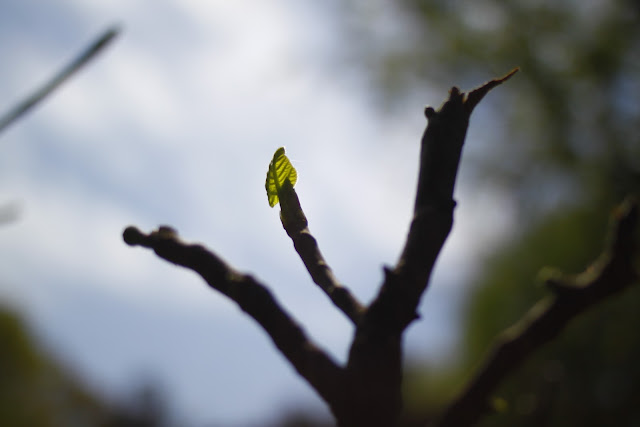 But despite this new dawning of schooling for us, Kaio still has emotional breakdowns almost every day.  No matter how much freedom I give him, he keeps seeking and finding walls to shove up against.  Like we go to a park to play with friends and he begins insisting on going inside, saying the sun is burning him.  Or when he shivers, saying he's too cold, and I'm holding his jacket out right in front of him but he refuses to put the jacket on.  Or when he begs me to put his shoes on for him, even though he's been perfectly capable of dressing himself for years.

These events drive me batty.  His cry has always made me irrational, ever since he was a baby, and really I think that's an instinctual mom reaction.  We'll do anything to make the crying stop.  But it's so hard to know what to do.  He's such a tough kid to parent.

One of the really awesome presentations at the Radical Unschooling conference I went to this year was led by Laurie A Couture, an author and therapist who works with children who have been through the most emotionally damaging situations like abuse, neglect, gangs, etc.  She spoke about the attachment cycle and its relevancy beyond the baby years.

When kids do not get their needs met and erupt into a fight or flight breakdown, the emotional center of the brain releases neurotransmitters and hormones (norepinephrine and epinephrine).  As these bind to parts of the brain and body, they encourage solidification of those connections, making the fight or flight style breakdowns even more common.  Literally changing the brain to make aggressive behavior more easily triggered.

I see how I'm facing the downstream sludge of trash dropped upstream.  There's already so many emotional patterns established within Kaio's reactions and when I encounter these, I follow down my own paved trails.  I want to be available to him and help him stop the breakdowns from happening, but figuring out what they are really about and what he actually needs is mental gymnastics.

There's a Chinese medicine saying  Treat the Mother to Treat the Child.  The energy a mother supplies to her child will reflect the mother's imbalances and will manifest in the child.  When looking at Kaio's anger, I need to first look at my anger.  I don't think that I have any issues, but maybe I do.  Maybe I'm just not seeing them.  I have to admit that when I yell at Kaio for getting angry and jumping up and down about something ridiculous: well that seems pretty hypocritical.