The End of Preschool

Today I got smacked across the face.  By the end of summer.

After spending the last three days camping at a yoga and music festival, playing in creeks dancing on my yoga mat, all the zen evaporated into a steam of anxiety, dread, and anticipation.  Kaio's starting Kindergarten tomorrow, Mari's starting a new job, and I'm spending the morning working set up at Nala's new coop preschool.

We got back home from the festival at 2am and I was up at 8, showering the dirt out from between my toes and fretting about being ready for Kaio's first day.

I had no idea this would be so hard for me.  Last Thursday we all visited the school for open house to meet the teacher and I started crying!  I burst into tears when he sat at the table in the seat labeled with his name.  I tried to talk to the teacher about things, she seemed so nice, but I kept fighting tears and choking on my words.  I cried all the way to the car and for another five minutes after.  Mari just laughed at me, singing a song about baby birds flying the nest. 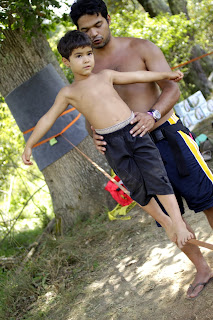 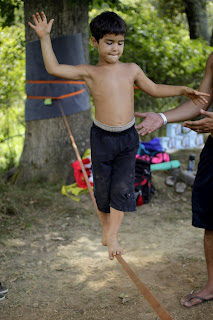 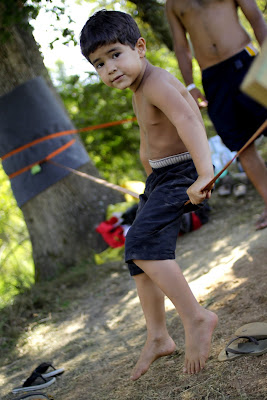 This morning I discovered the anxiety manifesting in a short temper.  Nala spilled a ton of quail food on the porch as she was trying to help refill their feed container.  I had just finished telling her how we need to keep the feed off the ground because it doesn't wash away, it molds in the dirt!

I snapped at her and when I saw her bare toes swinging around the pile of feed, lavishing the texture, well I shoved her foot out of the way with my hand.  My moves were way more aggressive than I usually react, and she looked at me with big eyes demeaned.  I stood staring back, knowing I had let anger out and I needed to stop talking and acting in ways that in the end would be counterproductive to raising happy confident kids.  But what I saw next made me realize I was too late.

Kaio, standing next to her asked a question like, "Nala do you want to go to spray the hose with me?"

Nala's usually docile, sweet and soft spoken.  My mom calls her the only sane one around here.  She would usually answer Kaio with a mousy tone, "No thanks Kaio, I'm playing with this."  something like that.

-Every word louder until the end ripped out like a bear protecting its cubs.  I saw the anguish of feeling belittled erupting out of her face.  I'd never seen her speak with so much pain.

The Kaio reacted.  He raised his hand to hit her, turned to look at me first, saw I was stunned and not breaking anything up and he swung at her arm.  Without missing a beat she smacked him back.  He started yelling at her to go sit in timeout...

I stood there marveled by the scene I created.  I conceived these beautiful beings and now I had also just fabricated an altercation, spun it with my own anger.

And in that second it became unarguably clear that a mother is a pedestal supporting these little vases.  And if I'm wobbling, cracked, or under the weather, then these vases will fall and crack too. 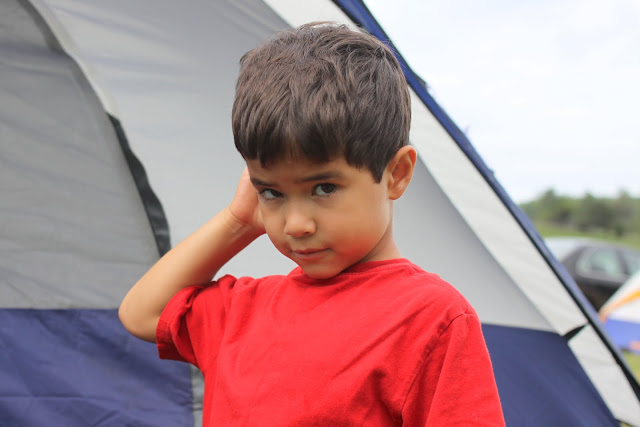 I patched up the mess I made and calmed the kids down.  I realized I needed to get out of there before doing anymore damage.  So I took off to grocery shop for Kaio's lunch for the week.

Driving around from store to store seeking a Thermos for soup, I had some time to think.  Time to worry about Kaio and school.  I'm still so worried.  His expressive and receptive language is really behind.  He doesn't always understand everything that people say around him and he doesn't always know how to put the words together to express himself.  I'm so worried that kids will make fun of him or make him feel stupid.  I want to protect him from this but I don't think I'm capable of raising him well homeschooling.  As if to put an exclamation point on this point, yesterday on the way back from Yoga Jam he stole a sip from a friend of mine's soda without asking her if it was ok to drink it.  Then she offered him the last swig, he drank it and refused to say thank you but did burp directly in her face!  Mari and I were embarrassed and slightly infuriated.  I couldn't believe he had been so rude.  I felt like such a failure.

btw, we talked to him about it and today he thanked me for lots of things.

But, so here we are, time for me to go to bed, hope and pray that things go smoothly tomorrow.  That things go better than at soccer camp  this summer when I had everything set out the night before perfectly but the kids moved the soccer ball and then I forgot to bring it.  That ruined the whole experience for him, deflated his excitement like a pitiful balloon and he never wanted to go back to that camp.  (again demonstrating how much rides on the mom being on top of things!)

It's so much responsibility.  Driving around today I realized how much of my anxiety with school tomorrow is the scum stuck to the bottom of my boat, my own emotional baggage around school and feeling accepted or not by peers.  Kaio doesn't seem worried at all, but I'm making this big deal about kids liking him and him making friends.

Then I'm also having a helluva time relinquishing control.  The thought that someone else will be molding his world is tough for me to chew.  I've put him in preschool and daycare before but that felt very different than this because I knew the teachers well and felt like I had a direct line to them.  This public school seems so big and I don't think I can call the teacher tomorrow and ask how it went.  Did he have fun?

Ack, I'm getting teary just thinking about it. 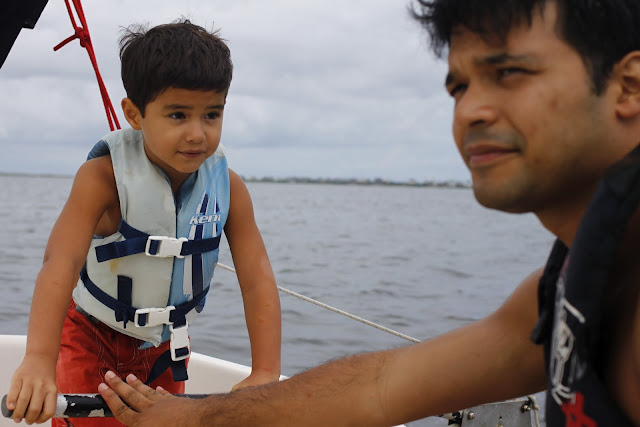 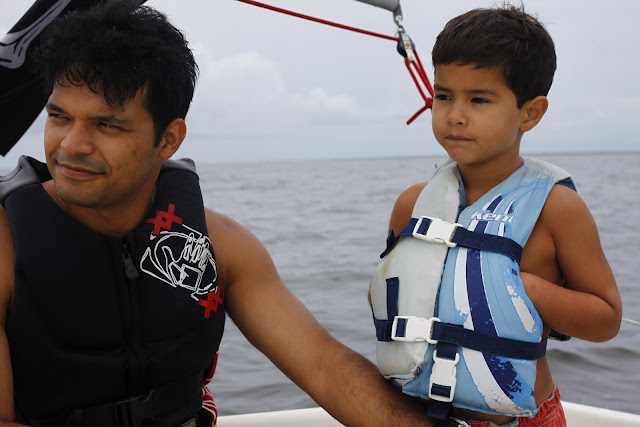 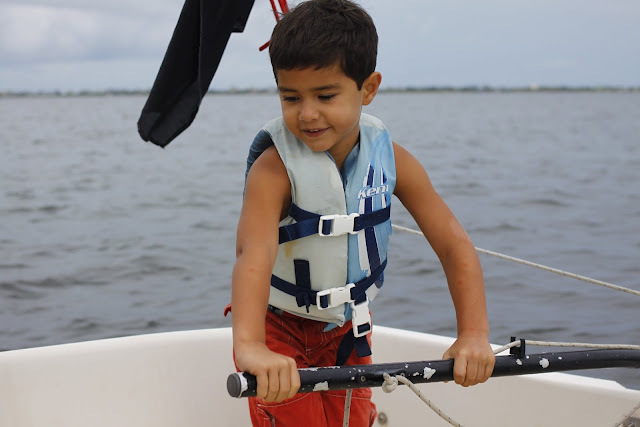 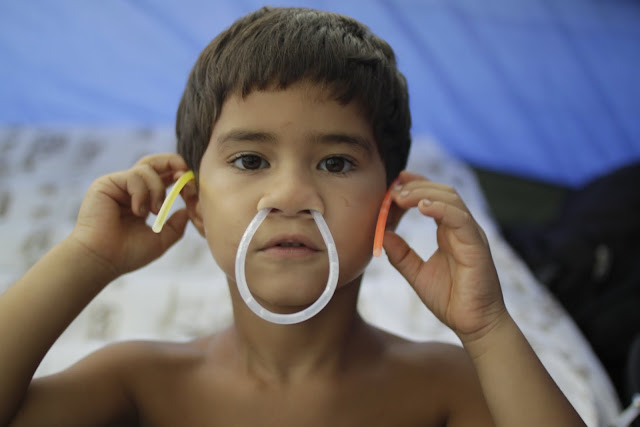 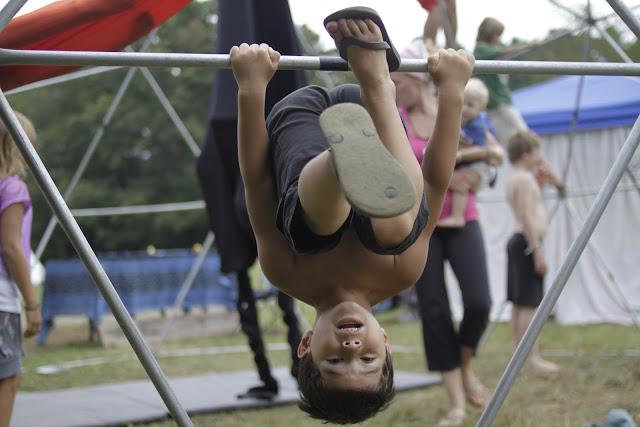 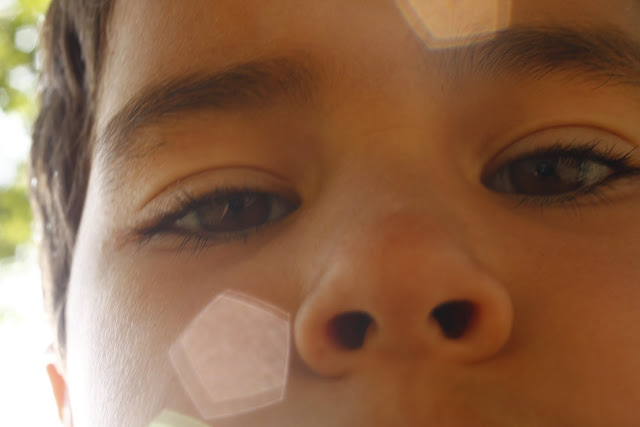