The Gift of Today

I want to pack up a record of every cute thing the kids say and do in a box with a bow and save it to open later like a time capsule.

Tori giggles like the Pillsbury dough boy when I rub her down with baby oil in the morning.   She'll rest in my lap, staring up with big eyes and seeming to study my movements as I talk on the phone, or finish work up on the computer.  She sings herself to sleep in the car seat or the hammock, and coos with the sounds of a man's voice. 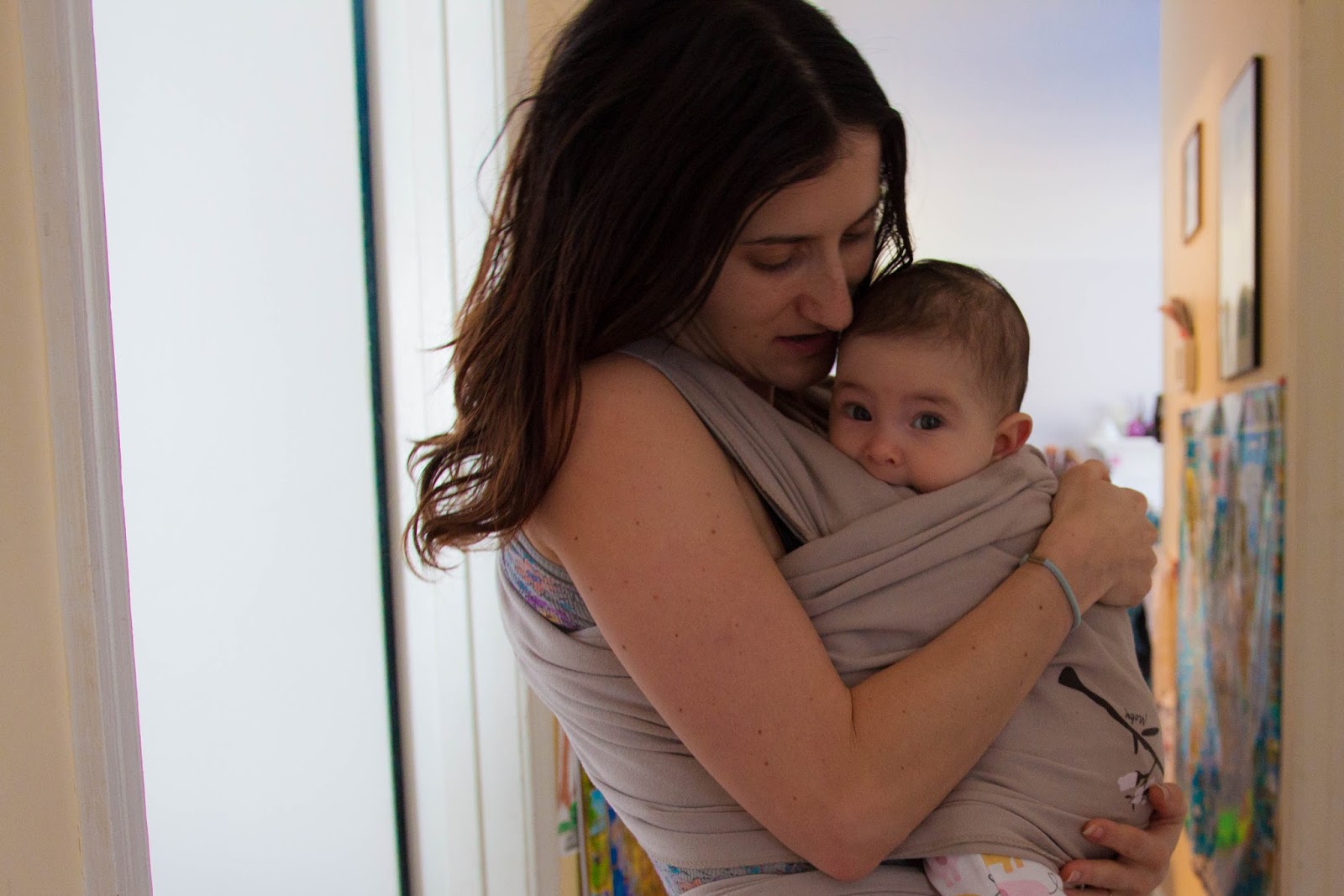 Waiting six years to have another baby really worked out well.  I think I'm much wiser now, at least on one issue.    I chose to stay home with Tori, instead of returning to work full time like I did with Kaio and Nala.  I chose to stay home with the bundle of cuddles.  My occasional hours out of the house teaching yoga bring blessed me-time and also give Mari and my mom a chance to greater bond with Tori. 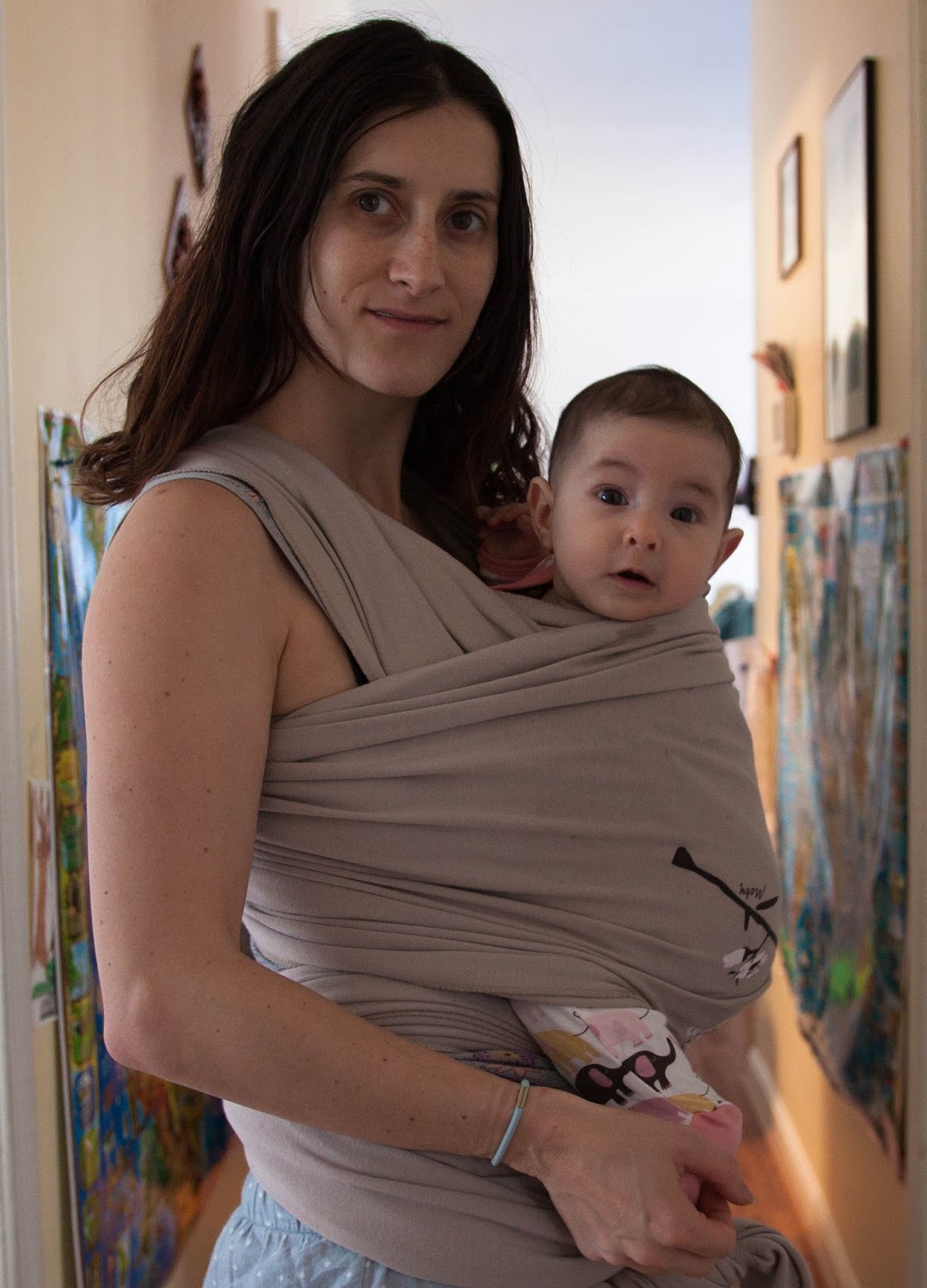 So I have been hibernating in a baby cave for the last five months.  It has been awesome. 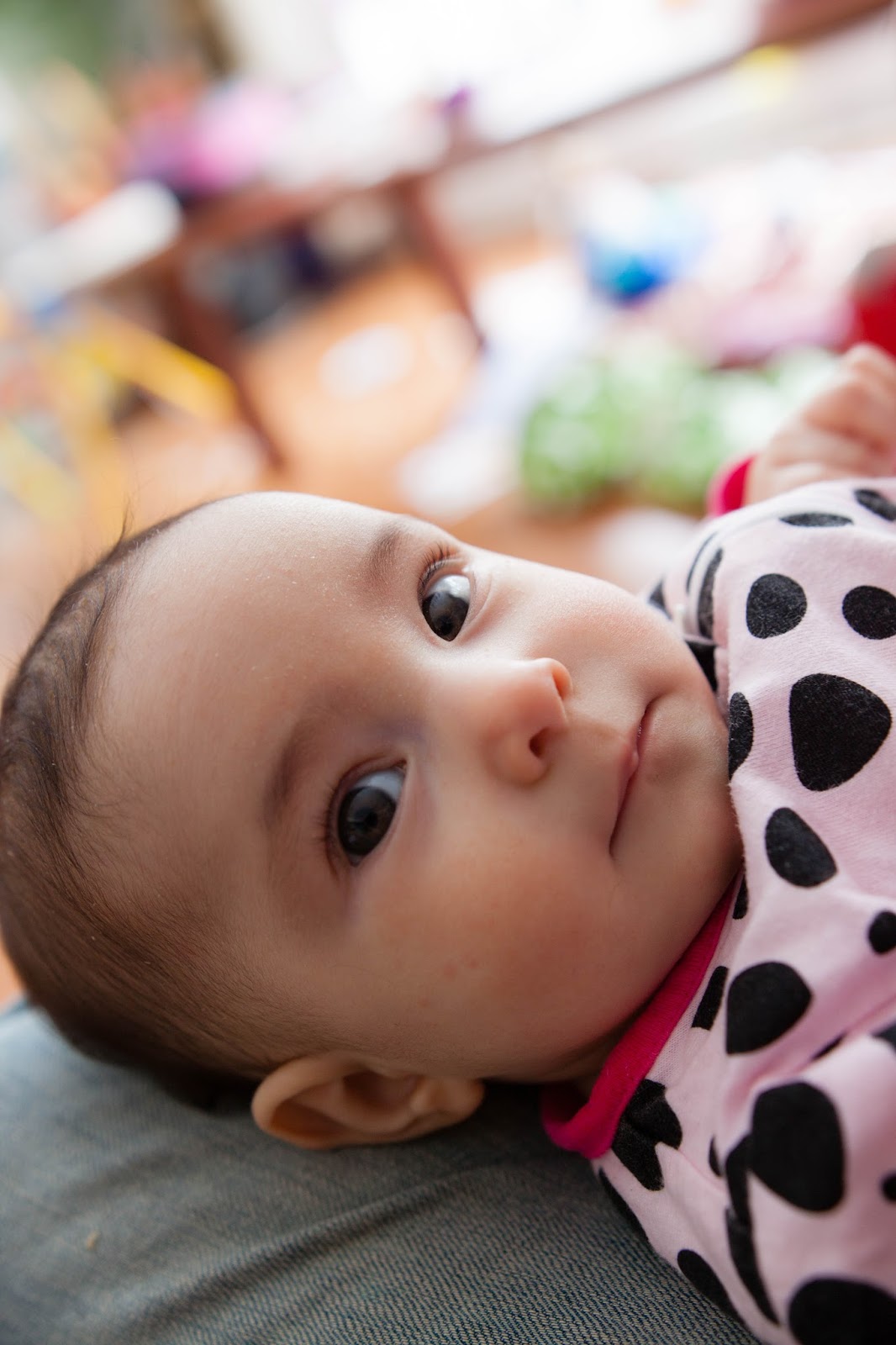 Because I know I wont get these moments back.  Already I recall her tiny infant size with nostalgia. 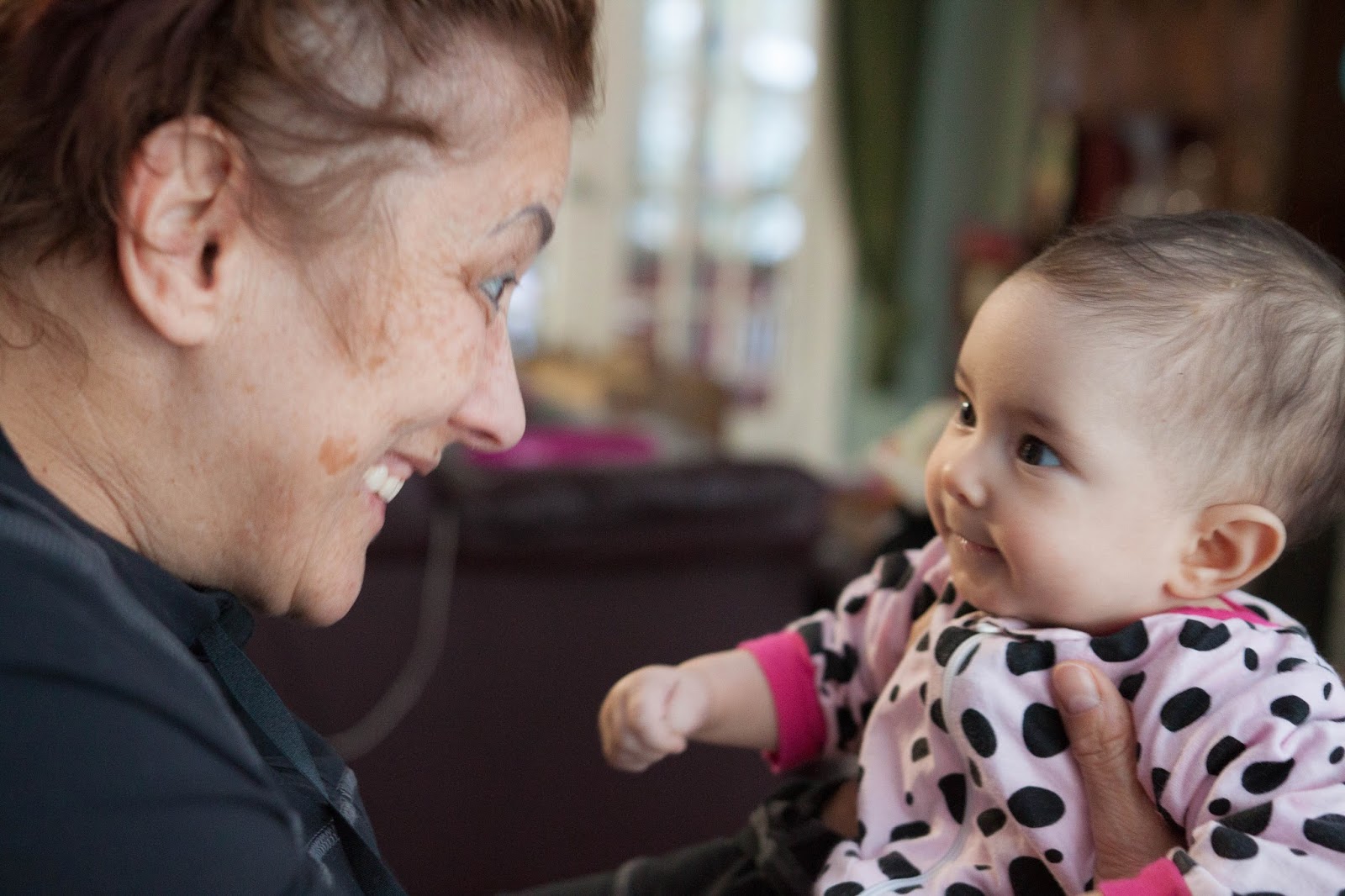 And seeing her faces and mannerisms sometimes reminds me of things the other kids used to do, things I had forgotten about.  Like toes that curl around my thumb, a surprised face that smiles in the mirror, and a heavy head that falls asleep in my arms while my feet dance out a samba beat. 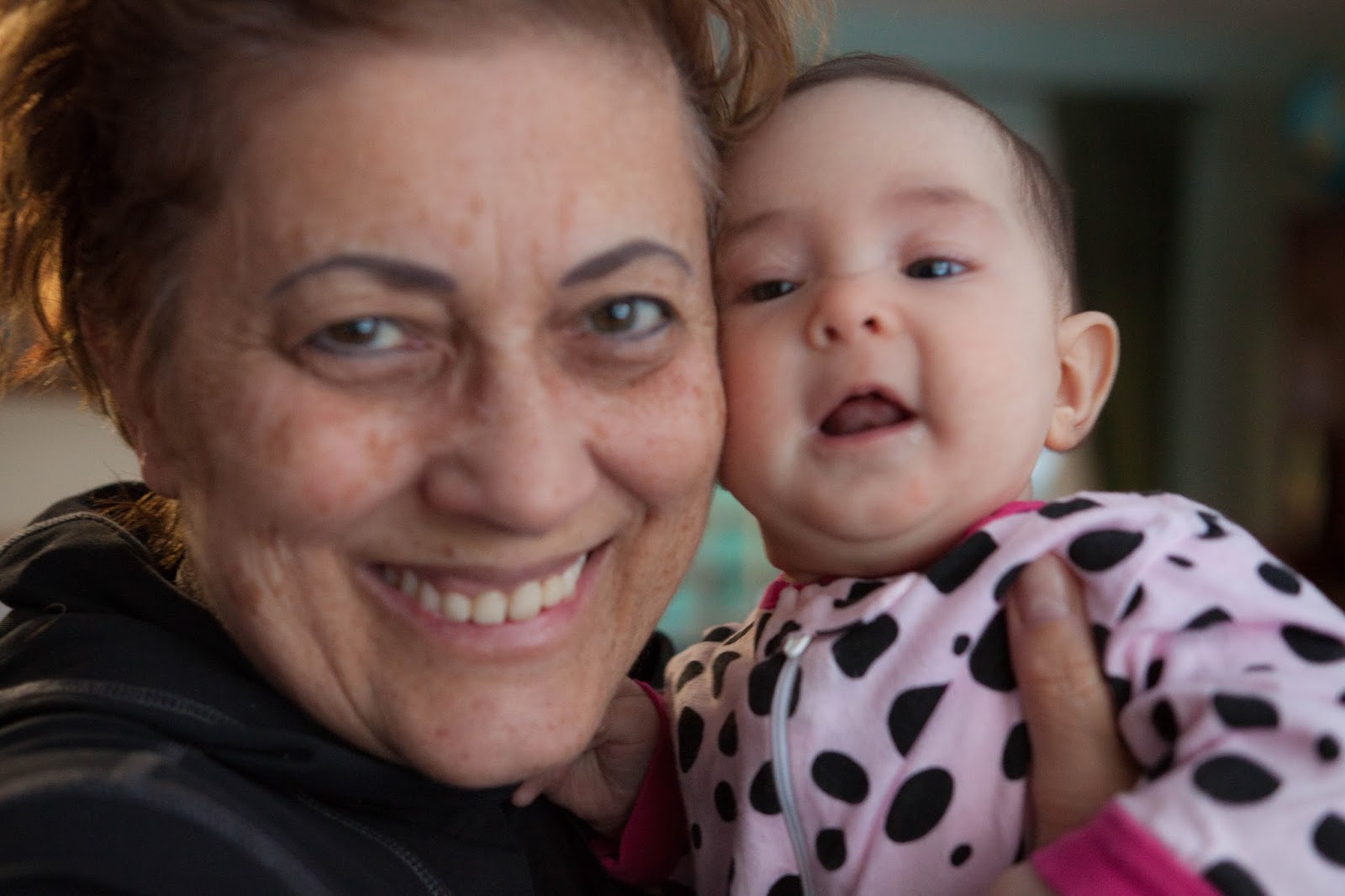 She has brought out a sense of responsibility in the kids.  Nala loves it when I let her change her diaper, or clothes.  She'll hold her, play with her, carry her.  Kaio now holds the door open for us if I'm lugging the car seat.  He'll play with her so sweetly, and then also sometimes try to surprise her with a loud noise and make her cry because he thinks it's funny. 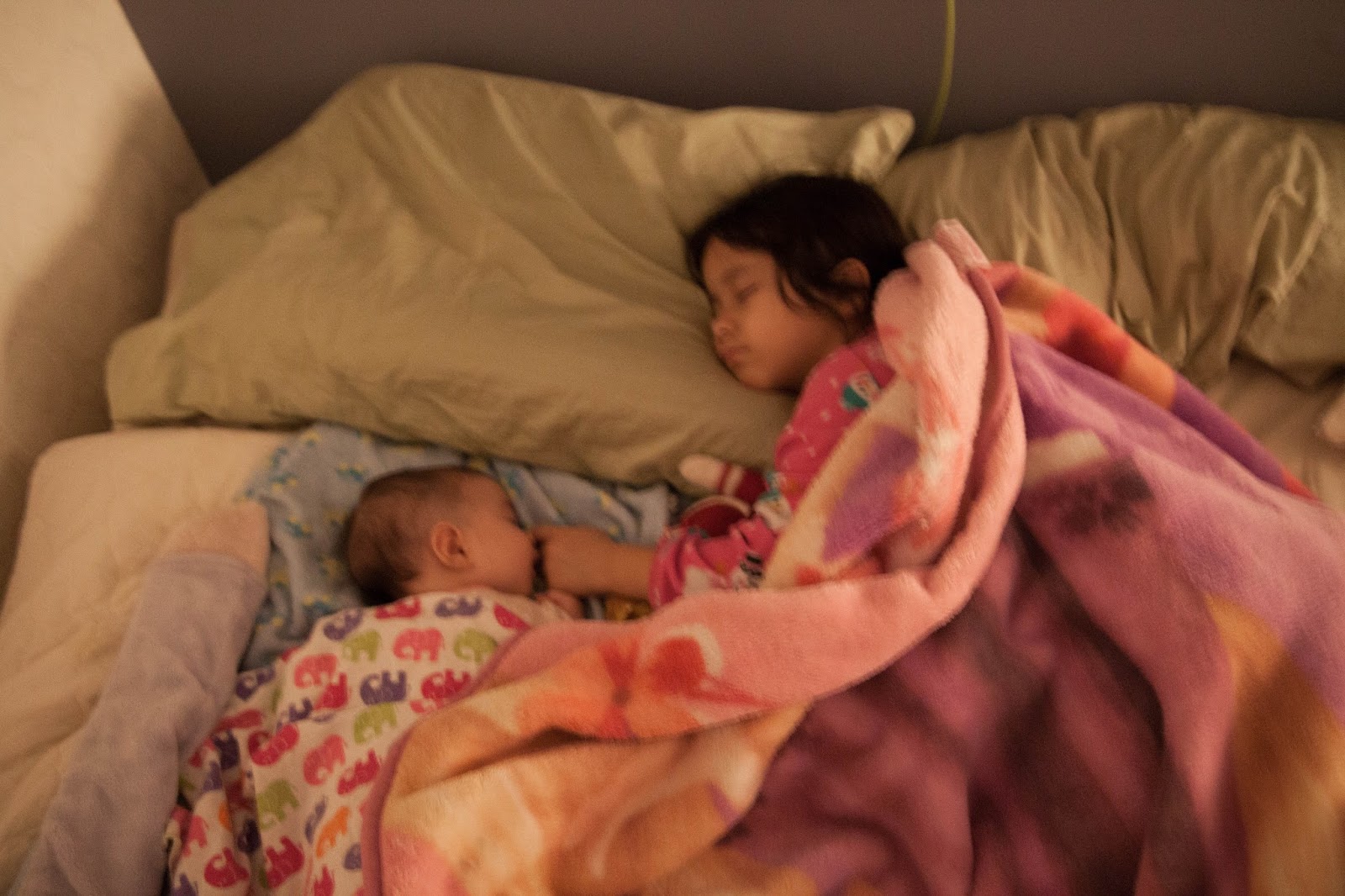 Tori was co-sleeping in bed with us, but then Mari noticed that she likes swinging in the hammock we strung in our room.  Now she easily falls asleep in there, chewing on the ears of one of Nala's stuffed animals, or listening to me sing her a song.  We rock her to sleep, and get the bed all to ourselves.  If she starts to stir, we push it a bit and she floats back to dreamland.  I wish bedtime had been this easy with the other kids. 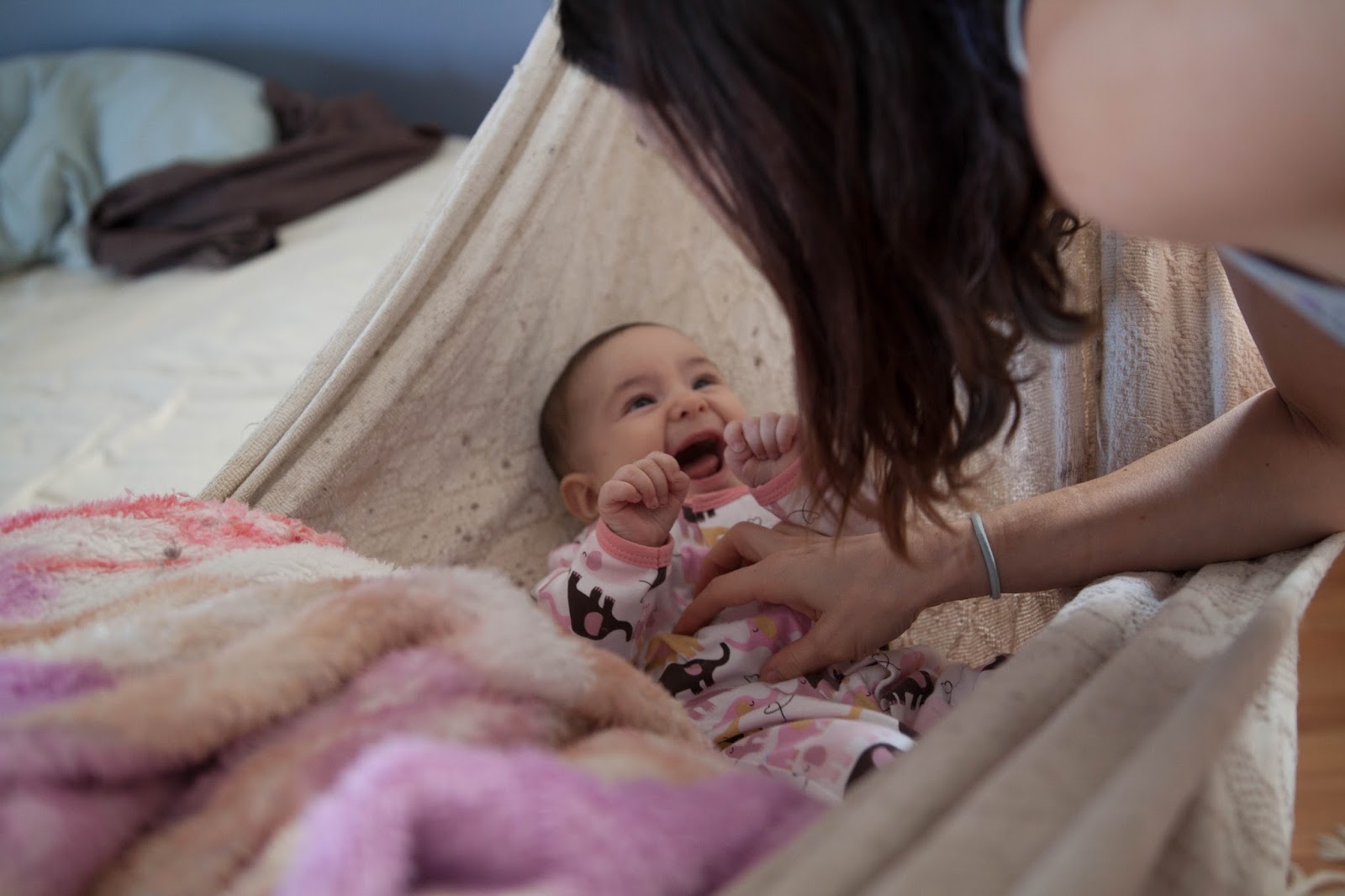 The house sprouted a mess of baby toys and kid toys.  I usually get them cleaned up every morning after the kids go off to school.  But there have been so many snow days lately that I threw in the towel for the time being.  But that's ok.  If I can get the kitchen clean every day, I feel happy enough. 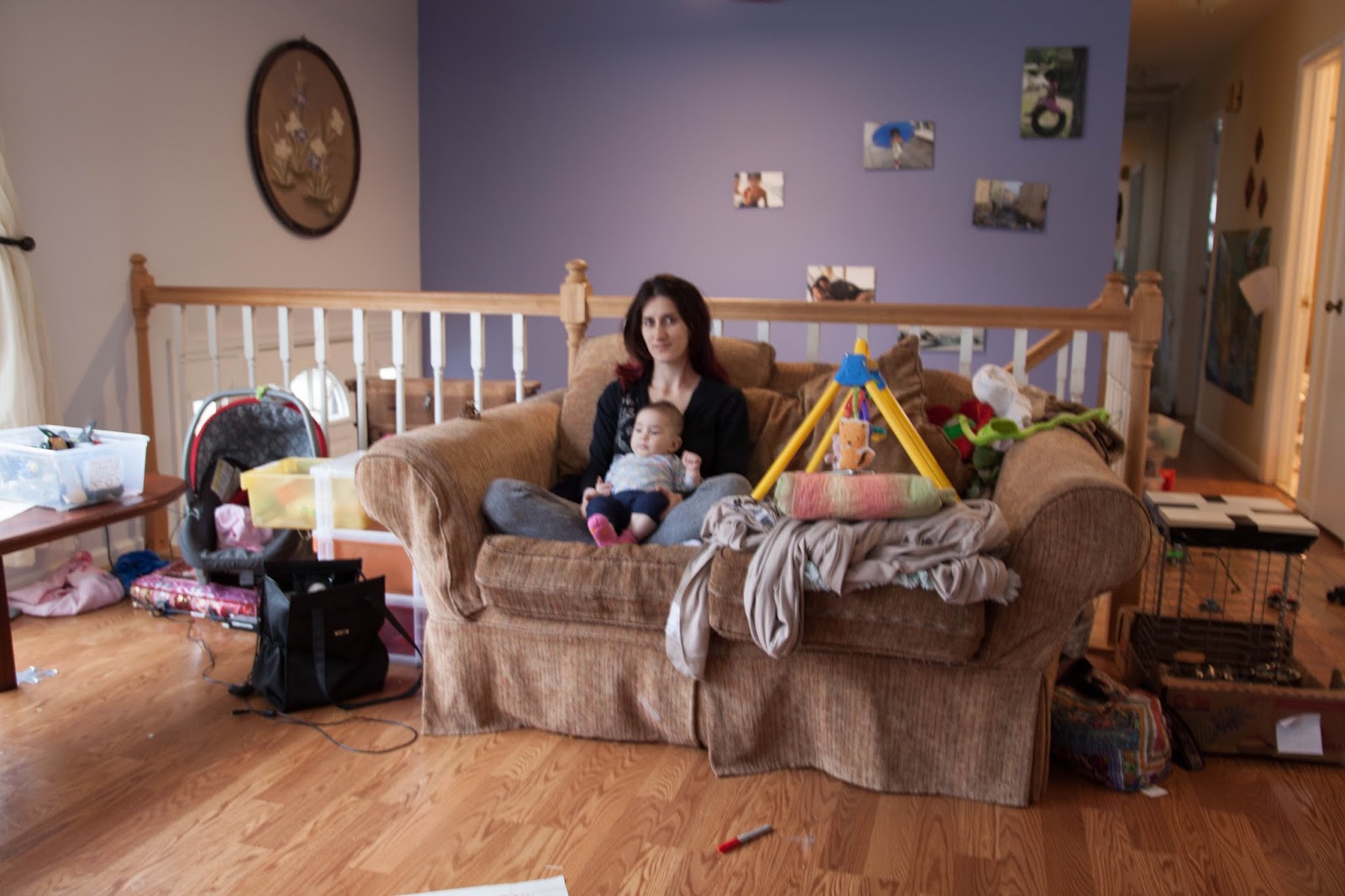 Kaio's doing really well in public school.  He hates doing homework.  But he seems happier in general at home, and he's established a group of friends that he really jives with.  Plus, his imagination blooms through story telling.  He dreamed up a video game, called Epic Kaio, that he talks about all-the-time.  Always talking about what happens in the game between him and his friends AidanCraft and Yellow against an Army of Stampy Cats that are trying to take over the world.  I need to find a way to record his ideas, because they are pure gold.  That's a project in process. 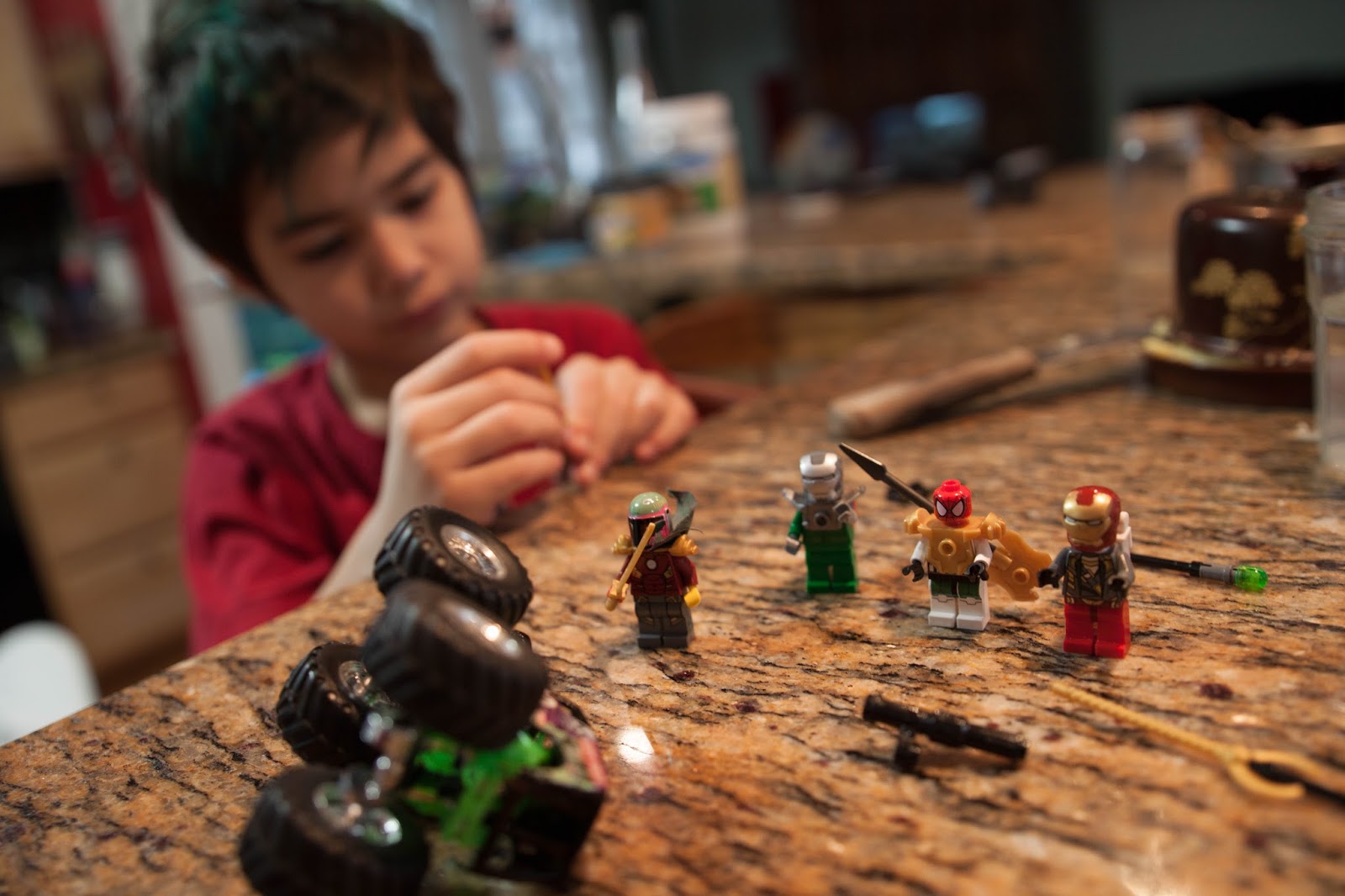 The other night Nala came out of her room after bed time.  She walked up to me and handed me a fake $50 bill.

"What is this for?" I said.
She mumbled something about wanting to stay up later.
"Are you trying to pay me so you can stay up later?!" I realized. "No, you need to go to bed."
"Here, what about for two?"  She handed me another $50 with a sweet smile and shinny eyes. 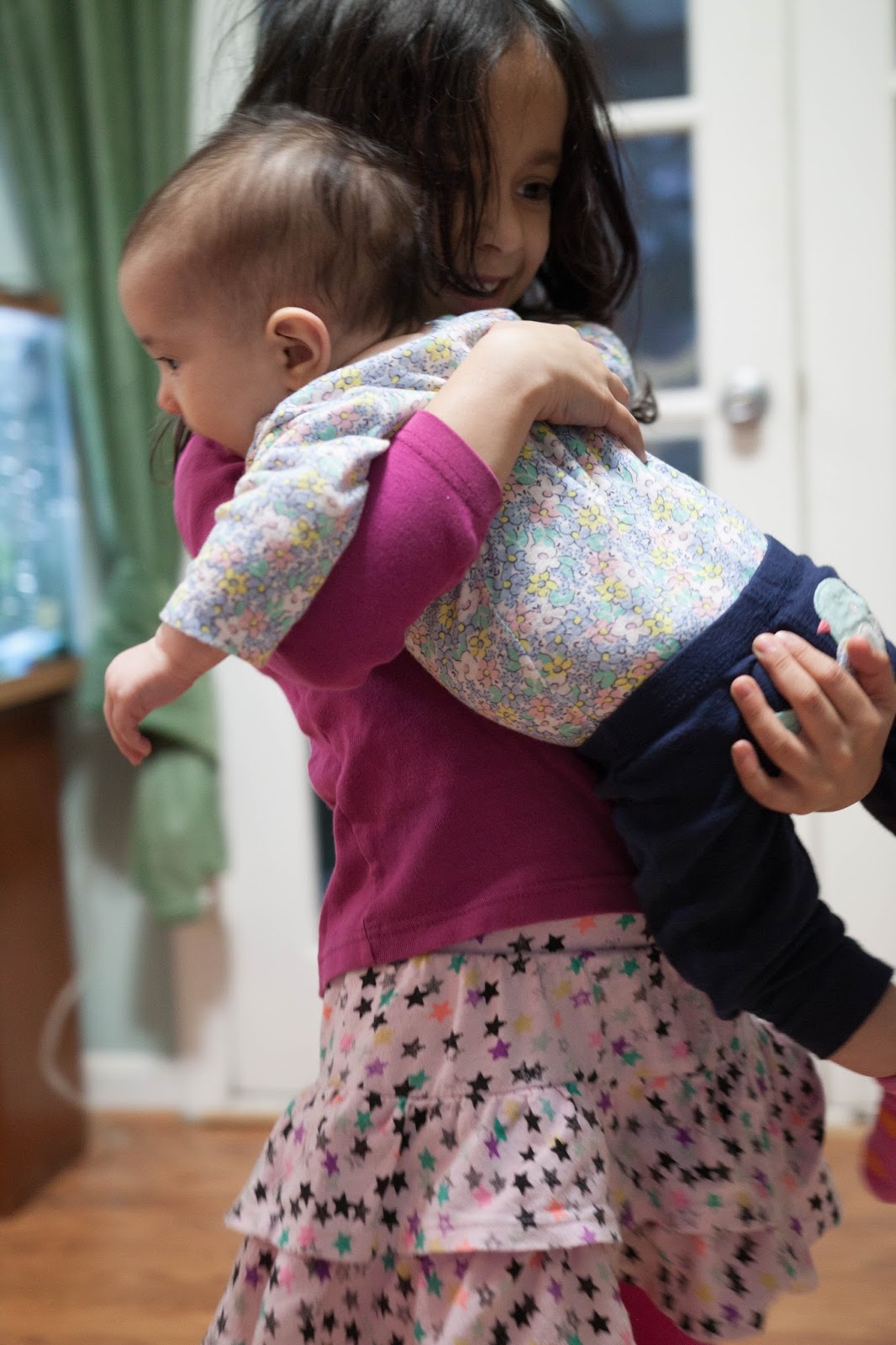 Mari has been working more hours than usual it seems.  But he's in good spirits.  We both are anxious for paddleboarding weather to return. 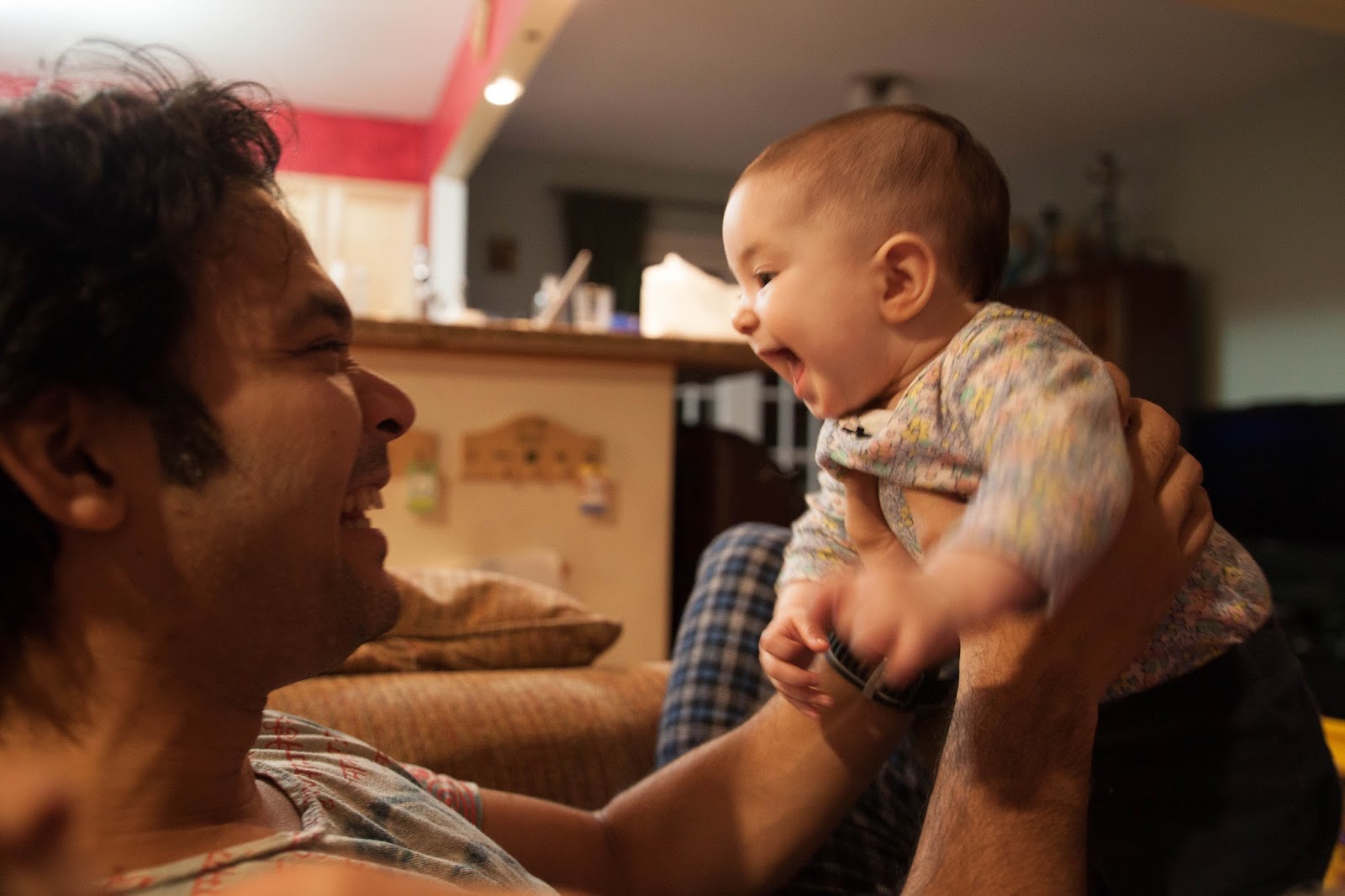 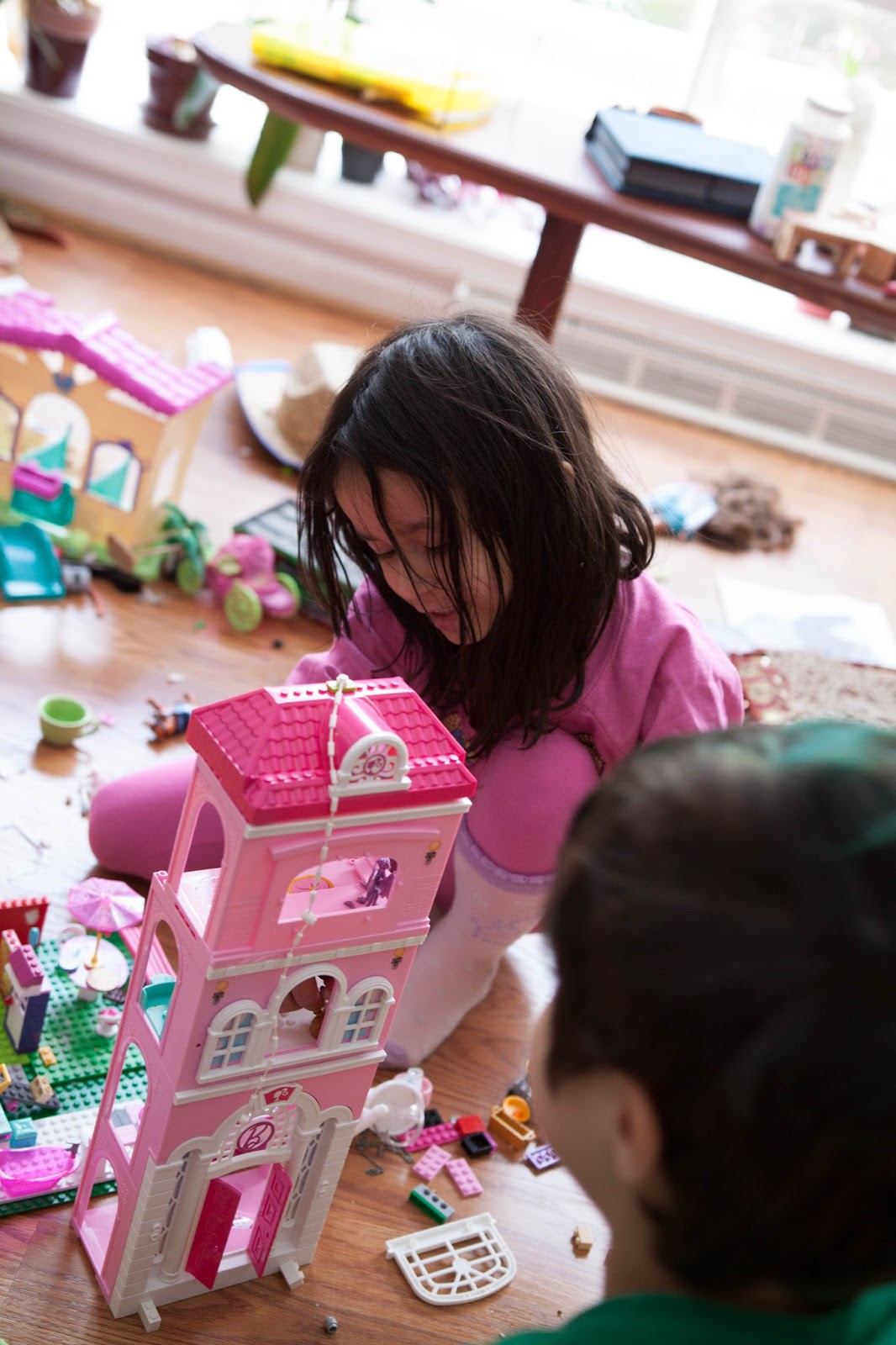 Sometimes I feel overwhelmed with all the mess, and all the adult things to do - like bills and meals and decisions and doctor visits.  And I wonder where the time went, and why I've never visited Bali or Hawaii.  I get caught up in the drain of the never ending tasks and absence of free time.

Sometimes I notice the sweetness of our family, and the underlying affection and support we all show each other.  The sarcasm and inside jokes, the morning cuddling.  The way we share stories, and try to really listen to each other talk.  The way we each know what everyone is interested in.

I think or hope that someday again there will be free time.  But for now, I'll just breath and focus on the gift of today :)
at 8:37 AM