When they first began construction of the Wiehle Metro station Kaio was two years old and obsessed with Thomas the Tank Engine.  We lived a block away from the site and drove past it every day on the way to drop off at his in-home daycare.  Every time we passed, he'd let out this excited squeal, "Metro Station, Metro Station!"  This evolved into the later equally excited, "They're building a train station!"

He long ago dropped the train fixation and exhibits barely a tenth of the excitement I do when passing it.  Maybe I'm nostalgic for his toddler days, but whenever we pass it I feel the need to say, "Look Kaio, the metro station!"

Delay after delay, it seemed like the Silver Line would never turn operational.  Then finally one day, driving home on the Dulles access road, I spotted a train gliding down the track.  It looked so novel, so cool and metropolitan that I reached for my phone, trying to grab a snap shot of it to post to facebook.  Yeah, driving 75 and fumbling to take a pick of the new metro train, not a good idea.

Mari scored box tickets to Manchester vs. Inter Milan through his work a few days after the official opening of the Metro Silver Line.  We took the opportunity to ride it from Wiehle all the way to Fed Ex Field in Landover MD.  A straight shot all the way across the DMV, the voyage took over an hour.  Rush hour tickets for four were around $50, but at least we didn't have to pay for the tickets or parking at the stadium.  We parked our car in the free lot a block from the Wiehle station, and only a couple miles from home.  The new metro station looks good, although still much under construction.  It's a bit puzzling what is construction and what is artwork. 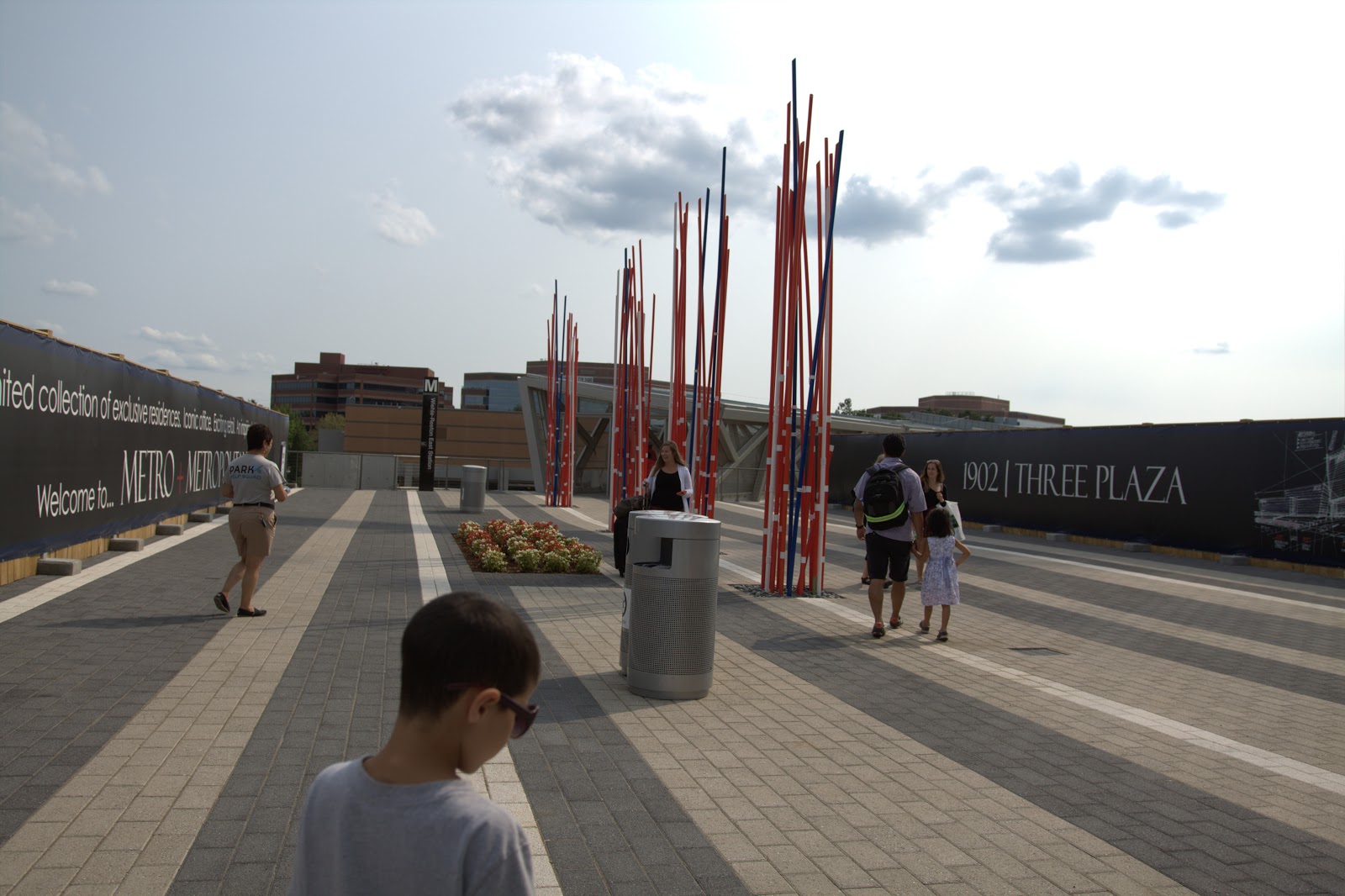 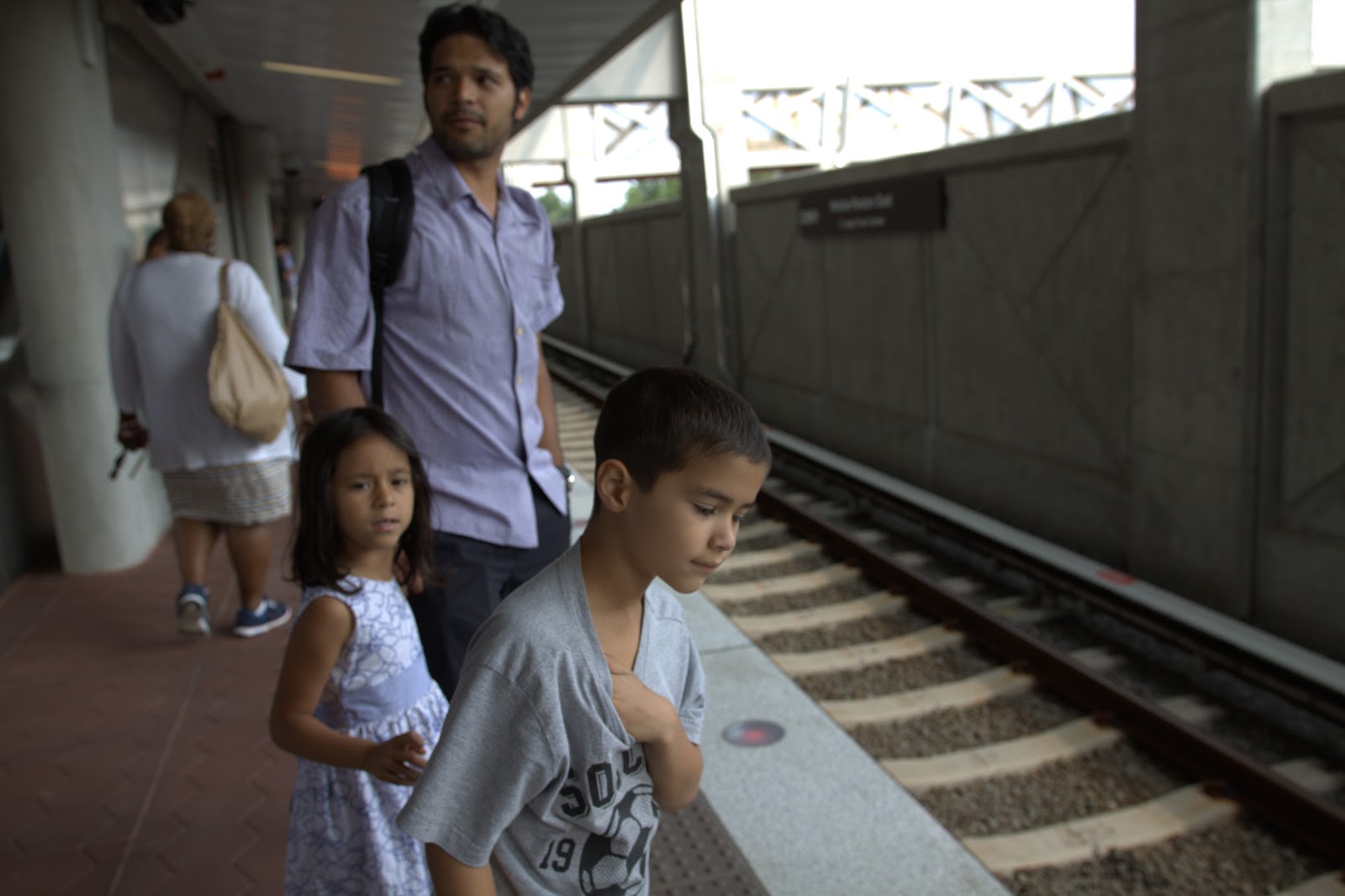 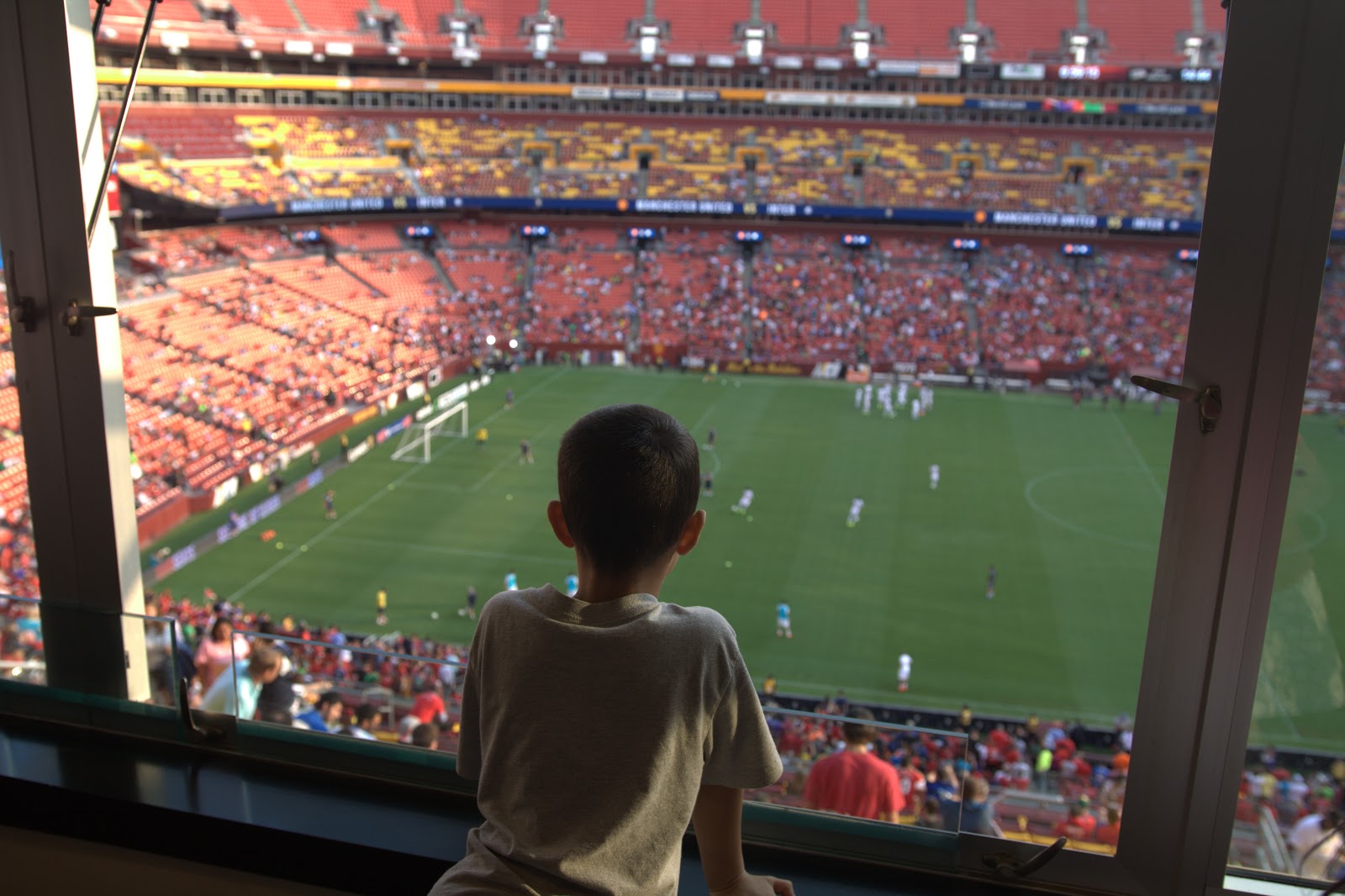 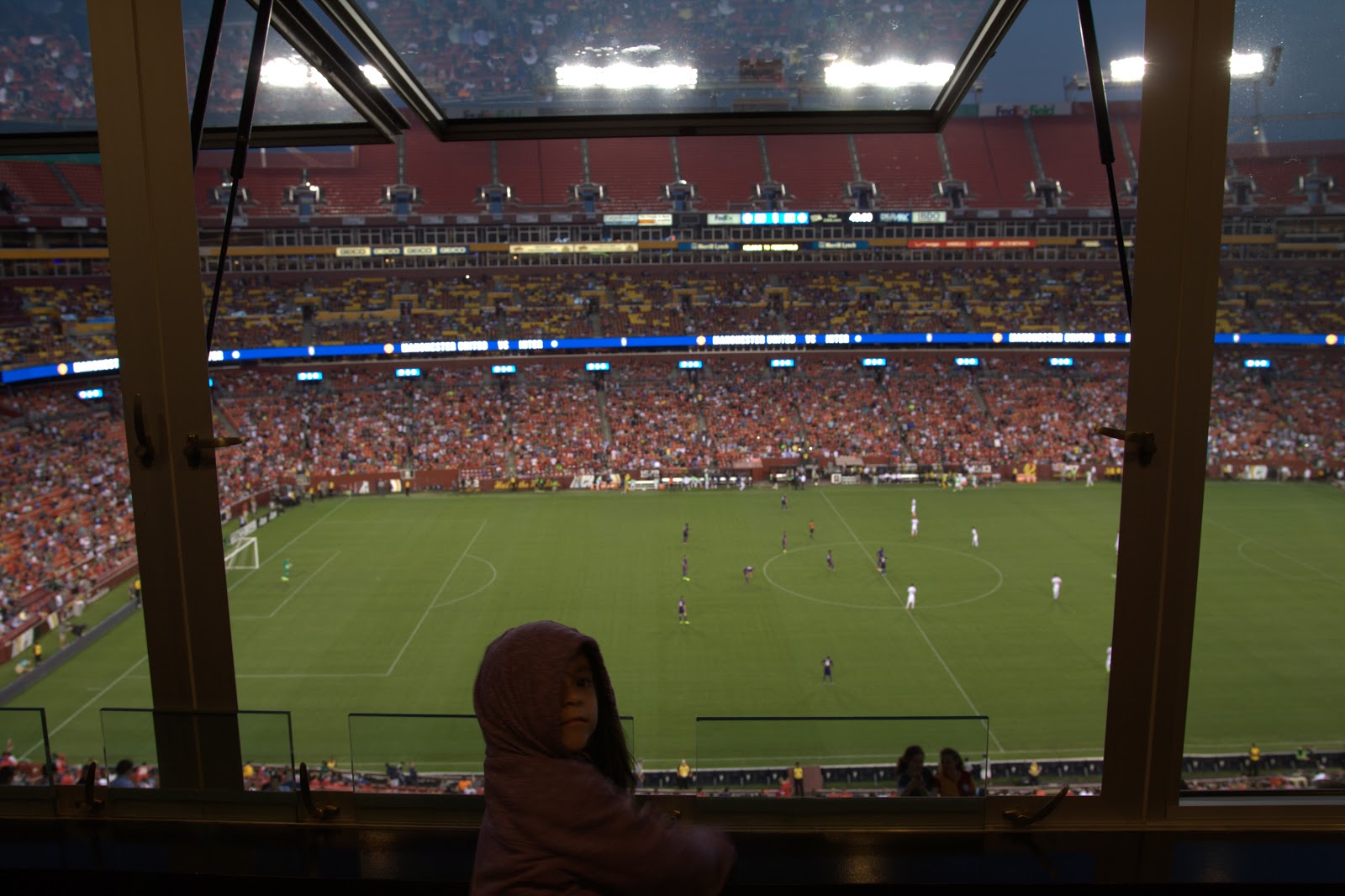 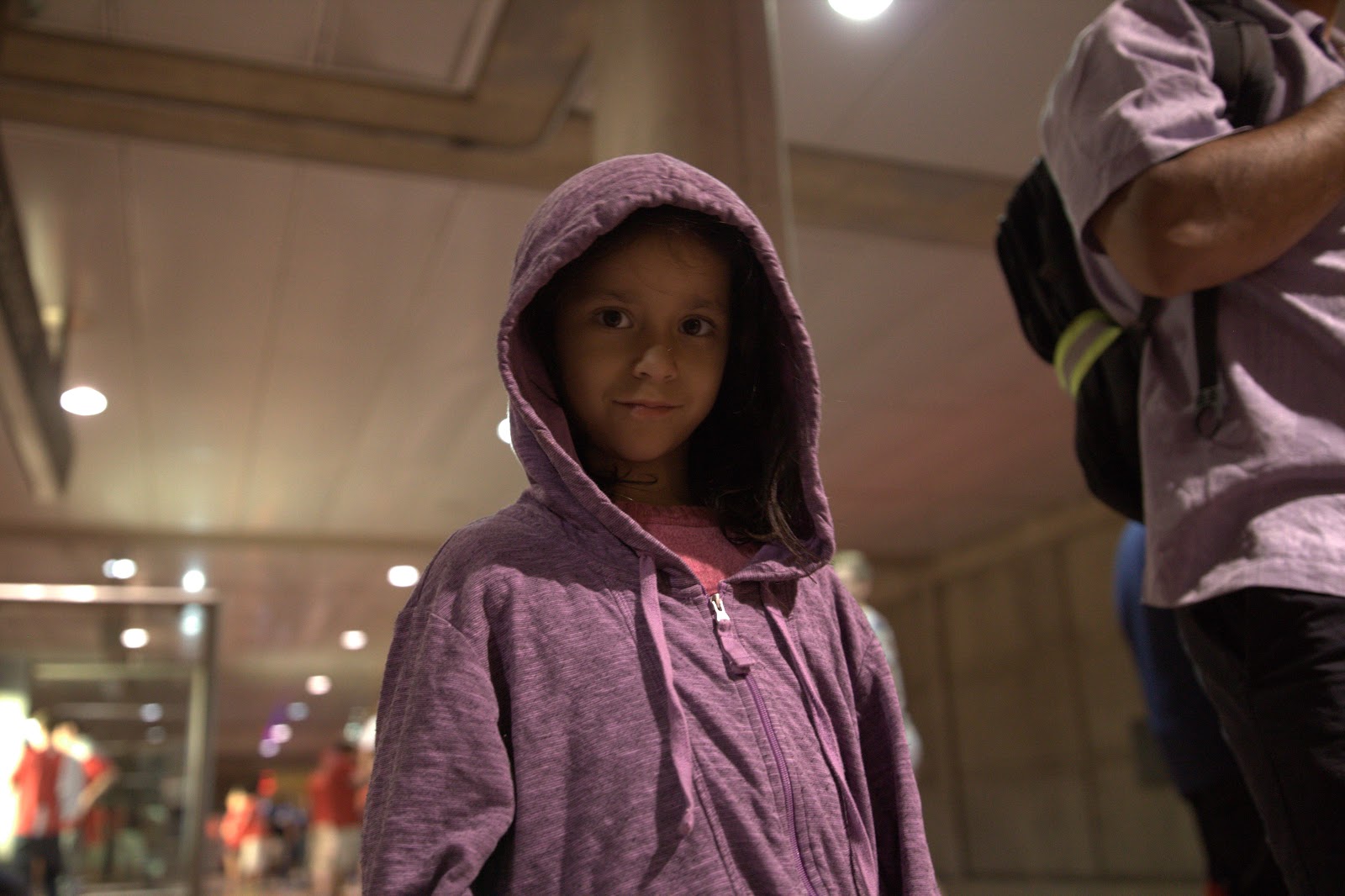 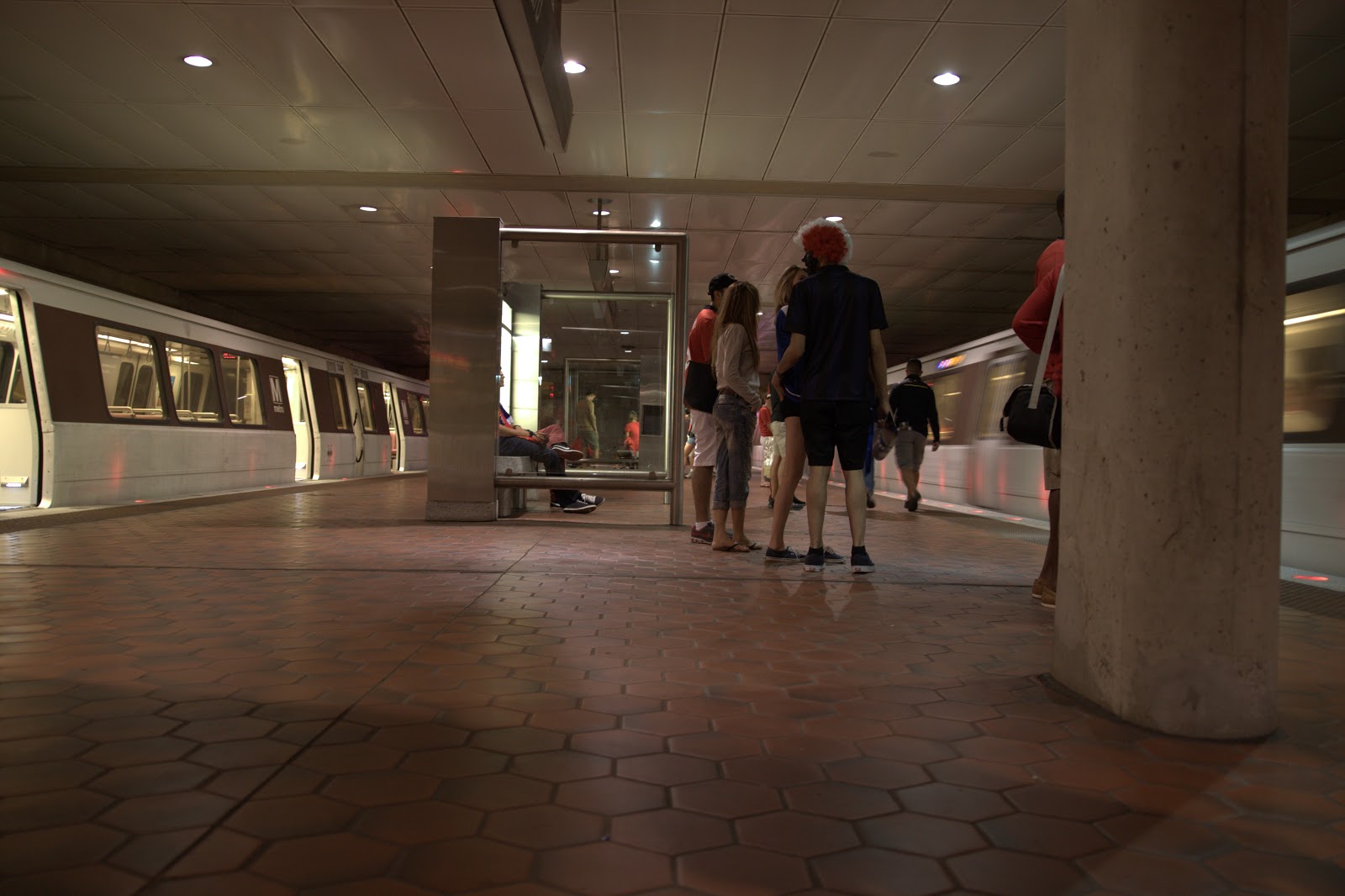 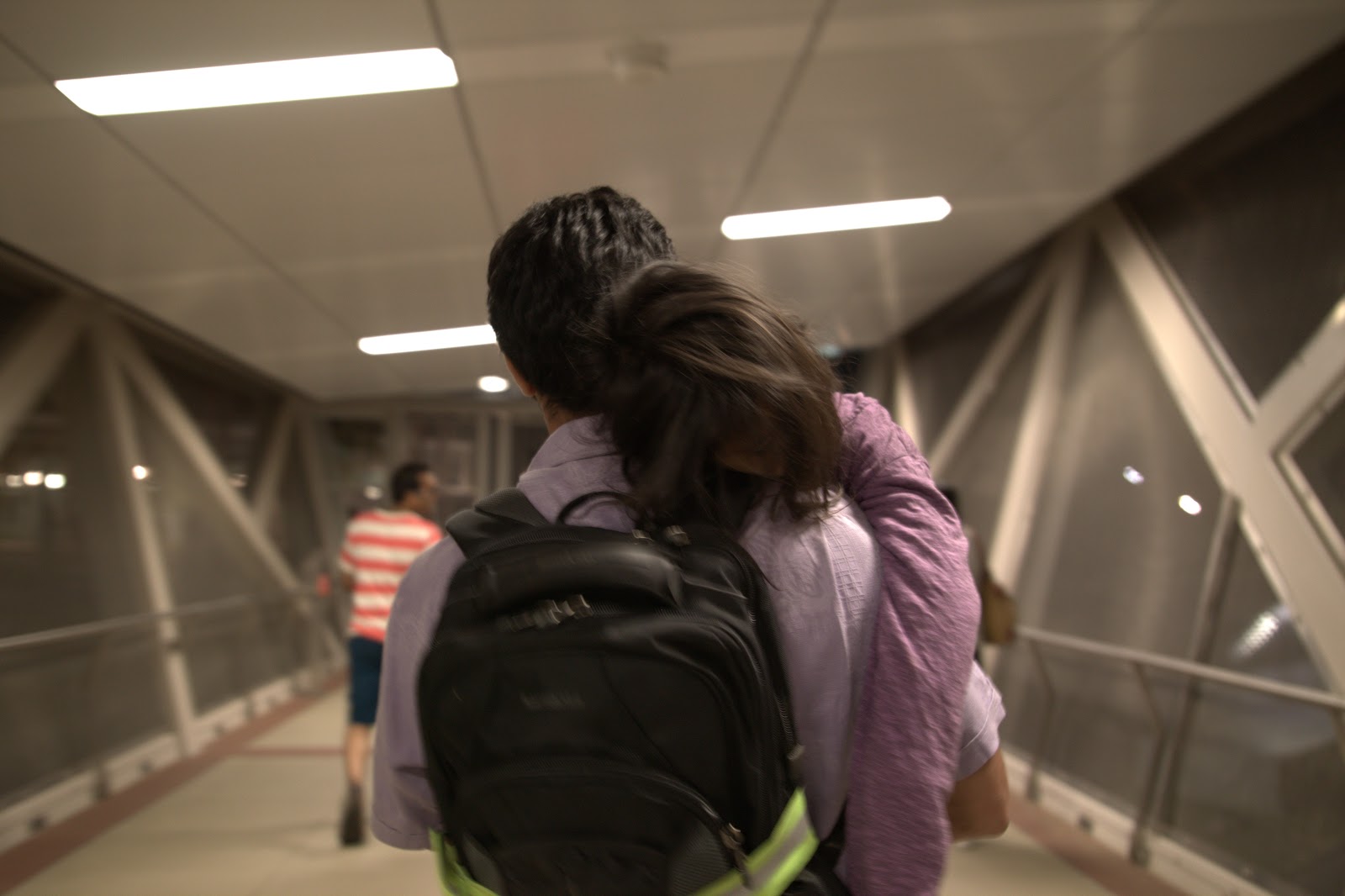