Stop Stalling and Start being a WoMan 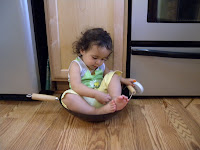 Friday afternoon I got a call on my cell phone for the Senior VP of the company, the boss of my boss.  He specifically called me to tell me how great I was doing and how important I am to his future plans to improve the company's quality.  We talked for about 20 minutes as I was rushing through DC afternoon traffic, yes, taking on a cell in the cell-free city; but if the senior VP wants to talk, you better talk.  It feels so good to be appreciated and acknowledged for what I'm doing at work.  Sometimes I think that I'm taking work too seriously because I get upset when other people on my team do poorly or undermine progress.  So it is nice to feel important.  I feel like I could just ride the wave of opportunity right up to the top of this company.  BUT, I want more time with my kids.  This constant success makes it all the more difficult for me to turn down my acceleration up the career ladder in exchange for more time at home with the kids.  I keep thinking, 'just because I'm good at it doesn't mean that I should do it, I mean, I'm sure I'd be a good garbage man too'  lol.  It's not like I'm stopping world hunger or curing AIDS.  I am just building financial software, dammit.  My kids should take precedent.
Later I had a long talk with a good friend of mine from college.  I called her for advice on how to approach asking my work if I can cut down on my hours.  She has the same birthday as me and so we are like soul sisters even though we come from completely different backgrounds.  She was born on a farm and the first of anyone in her family to ever go to college.  I attended a DC private school and grew up in the suburbs.  Once I told my parents that I didn't want to go to college and they took me to get evaluated by a psychiatrist.
Despite our vastly different pre-college experiences, we really click and maintain very similar values, philosophies, and senses of humor.  We are both the kind of people who go and seek out challenges and activism.  We both have a strong work ethic and tendency to step up to the plate and do what ever needs to get done.  So I thought that she would understand my hesitation to ask to go part-time at work, and subsequent guilt.  But, surprisingly, she didn't really think that it was that big a deal.  She actually was more transfixed on the stay-at-home-mom aspect.  Something about SAHMs bugs the women who work for a living.  She made a comment about the rich white moms out in the morning with their fashionable workout gear, fancy baby strollers and Starbucks in hand.  She sounded pretty disgusted by the women with money to procreate, consume, and gossip all day long. 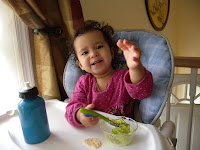 I guess that I was not even thinking about the SAHM label because I have so many cool SAHM friends now.  I have realized the benefits, especially for families that want to raise their kids less mainstream.  After I made a few points about that she was really supporting my decision, and stating that she would consider being a SAHM once she has kids.  She works in education, teaching at risk parents techniques to help them break cycles of abuse and raise their kids better than their parents raised them.  I am so inspired by her life track.  She gave a couple pointers on how to approach the conversation and ease the burn.
So after consulting with everyone I possibly could, and basically stalling in the process, I just need to go for it.  That's what everyone says, just pick a date and go for it.  I feel paralyzed.  Like if I tell my boss then I will be changing her perception of me and she will respect me less.  I feel like... when I got pregnant at 17 and wanted to tell my dad...but I never had the courage to say it.  I remember a moment in the car with him where I reached within a breath of letting it out, "dad, I'm pregnant" my inner monologue said.  But I was like a ridiculously petrified bunggie jumper standing on the edge of the bridge, and I just turned around in fear.   I don't know what would have happened.  I don't know if he would have encouraged me to have the baby or encouraged me to give it up.  I don't know if he would have lost all hope in me, scolded me, locked me in a room forever, forbid me from seeing my boyfriend.  Maybe I would have stopped being 'his little girl.'  Maybe he would have hugged me and said that everything would be ok.  I had friends with babies, friends who are much braver and wiser than me.  My parents never condemned their choices.
I have made so many mistakes in my selfish life.  That could be the topic of a separate blog post.
Back to what I have control over.  Breaking the cycle of fear and seizing the day.  I'm going to push myself to talk to her by the end of the month, and ask her for my new schedule to take effect 6 weeks from then.  I think that is pretty reasonable.  I should have the new person that we just hired up to speed by then...
at 12:37 AM