"This isn't working!" I said with a hint of hysteria.  "You need to go back to public school."

"You mean jail." He replied without skipping a beat in the annoyed tone of a 16 year old.

For my boy, who's like a space cadet most of the time, this was a very definite, clearly opinionated and thought out comparison.  It shook me.  He doesn't usually say thoughtful things.  He usually just talks about video games and cartoons.

And how did he find kindergarten to be like jail?  That's pretty rough.

Then when we try to do homeschooling lessons at home he says, "Ugh.  Why do you make me into a slave!"

This is even activities that I would think would be fun, like lego inspired work. 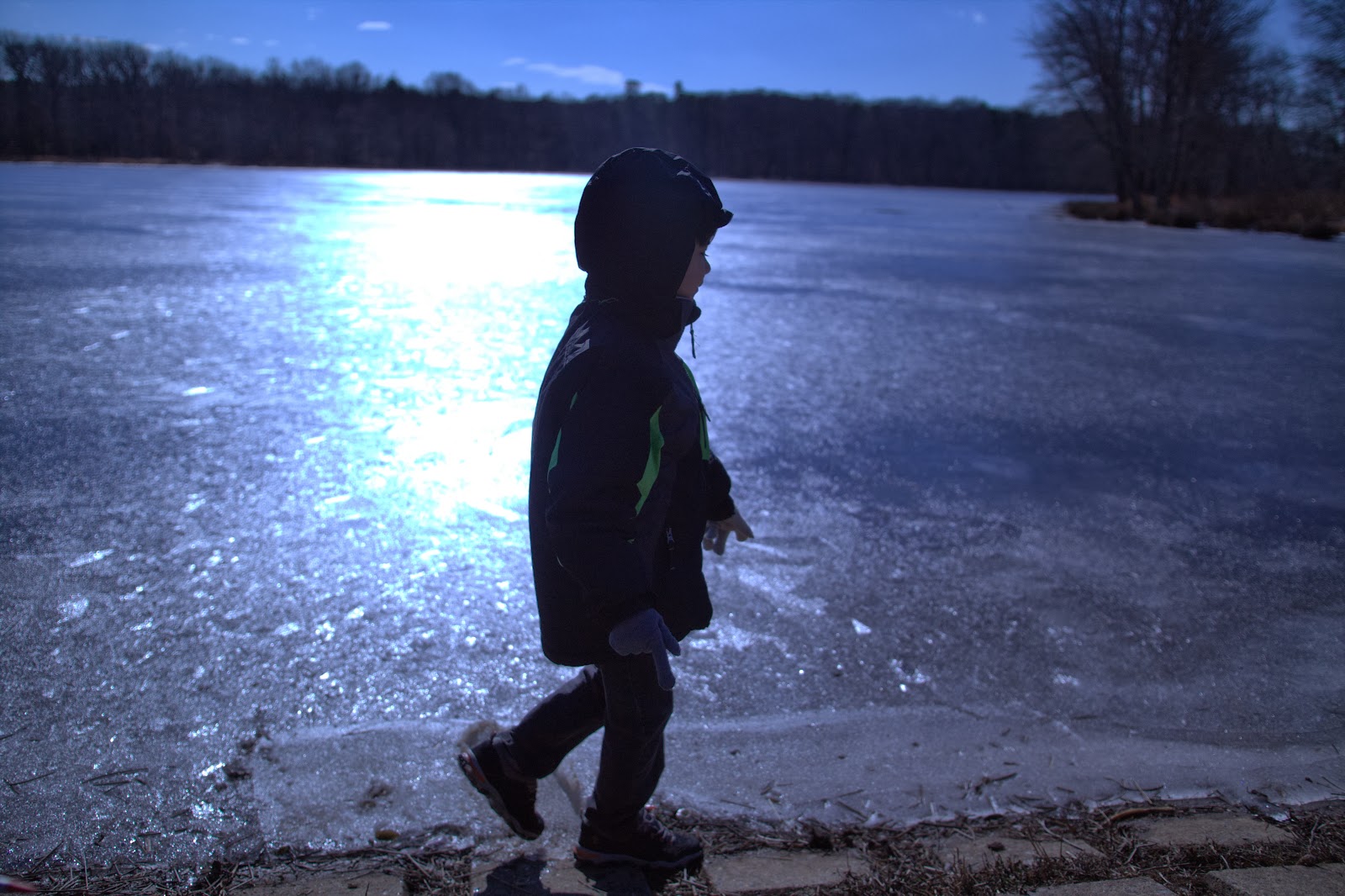 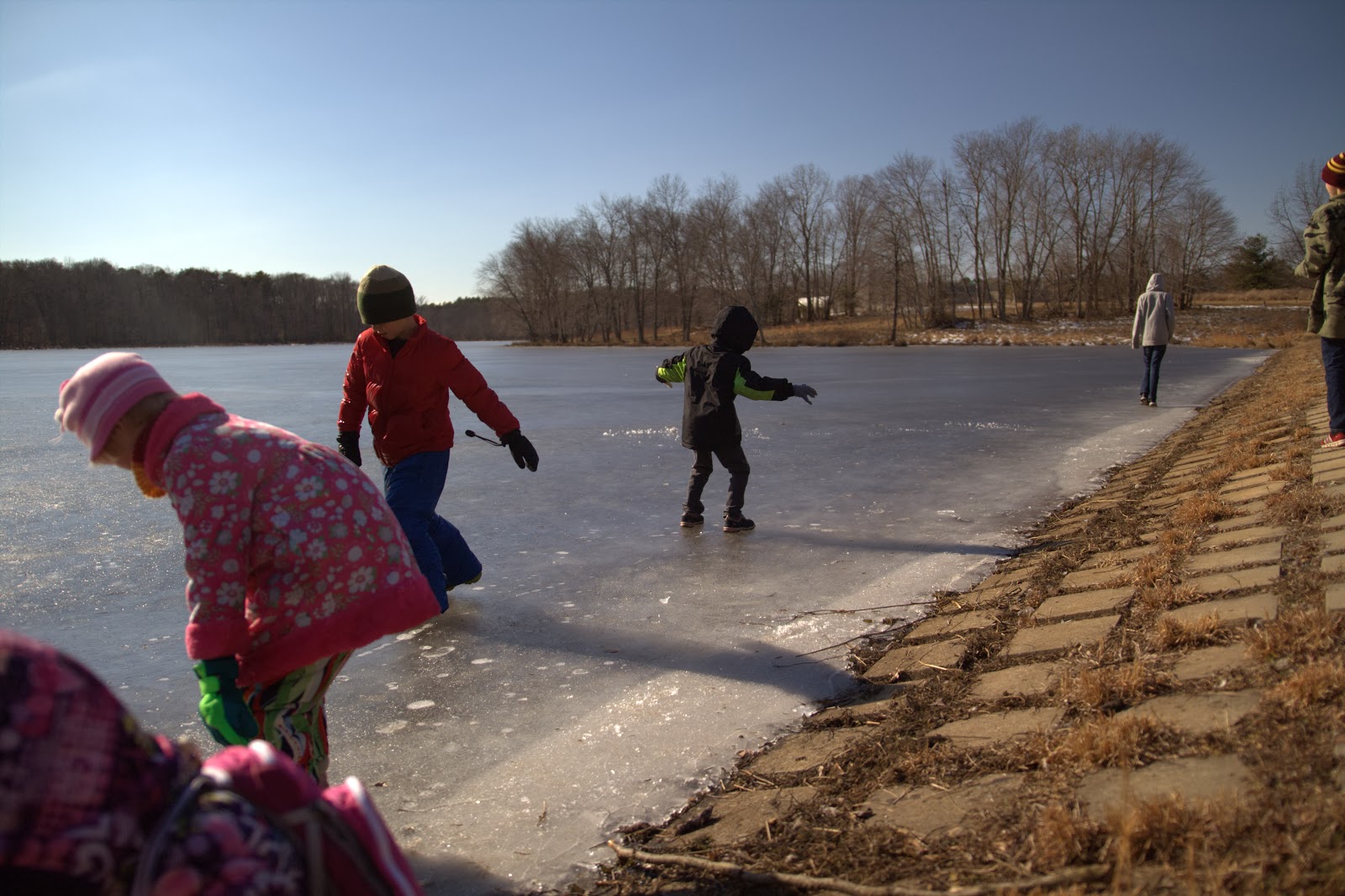 Some people are just not meant to be teachers, and I am one of them.  I am failing miserably.  It's not that I'm a perfectionist, which is the usual reason why parents fail as teachers.  I'm struggling so much with different approaches, trying to find a rhythm that satisfies us both.  But everything I try doesn't work, and I give up, and then I freak out and do nothing, and then that doesn't work either.

I tried teaching with work books and reading materials from different curriculums.  He just boroughs his head, flops on the floor, or stares into space.  I tried visual math games, and different reading programs that were working for him at public school, he whines and begs not to do it saying, "I hate math, this is too hard!"  It takes consent redirecting and threatening to get through a workbook page that he can do, easily.  Then I contemplate, is this stupid page really worth the fight when he obviously gets the concepts?

I've tried taking a break from all the pressure, and just letting him roll with his interests all day.  He watches you tube all-day-long.  I can't handle it, seeing him waste a day glued to the ipad, never turning it off, eating food in front of it, eyes never leaving.  I ask him to turn it off and take a break, he wont, then we fight and I have to take it away.  I feel the pang in my gut, feeling guilty for being a dictator. 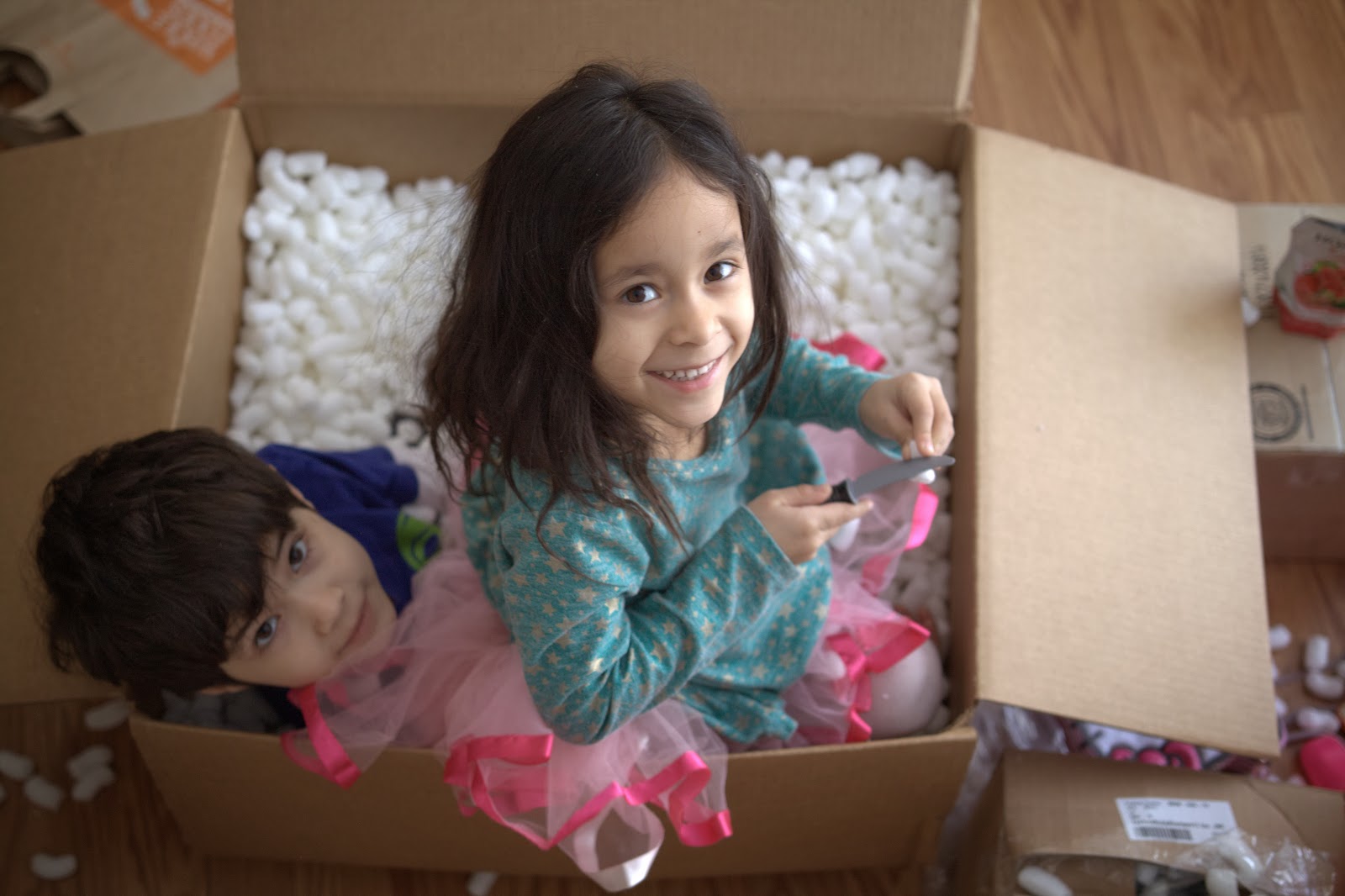 Last week actually went the best.  I told him that we wouldn't have any screen time before lunch - a compromise.  I stuck to the rule myself too, which was really hard for me!  During that time, I dedicated 45 minutes or more to just sitting with him and playing in whatever he was doing.  We didn't fight, we got out of the house for more activities that week, and screen time was cut in half. 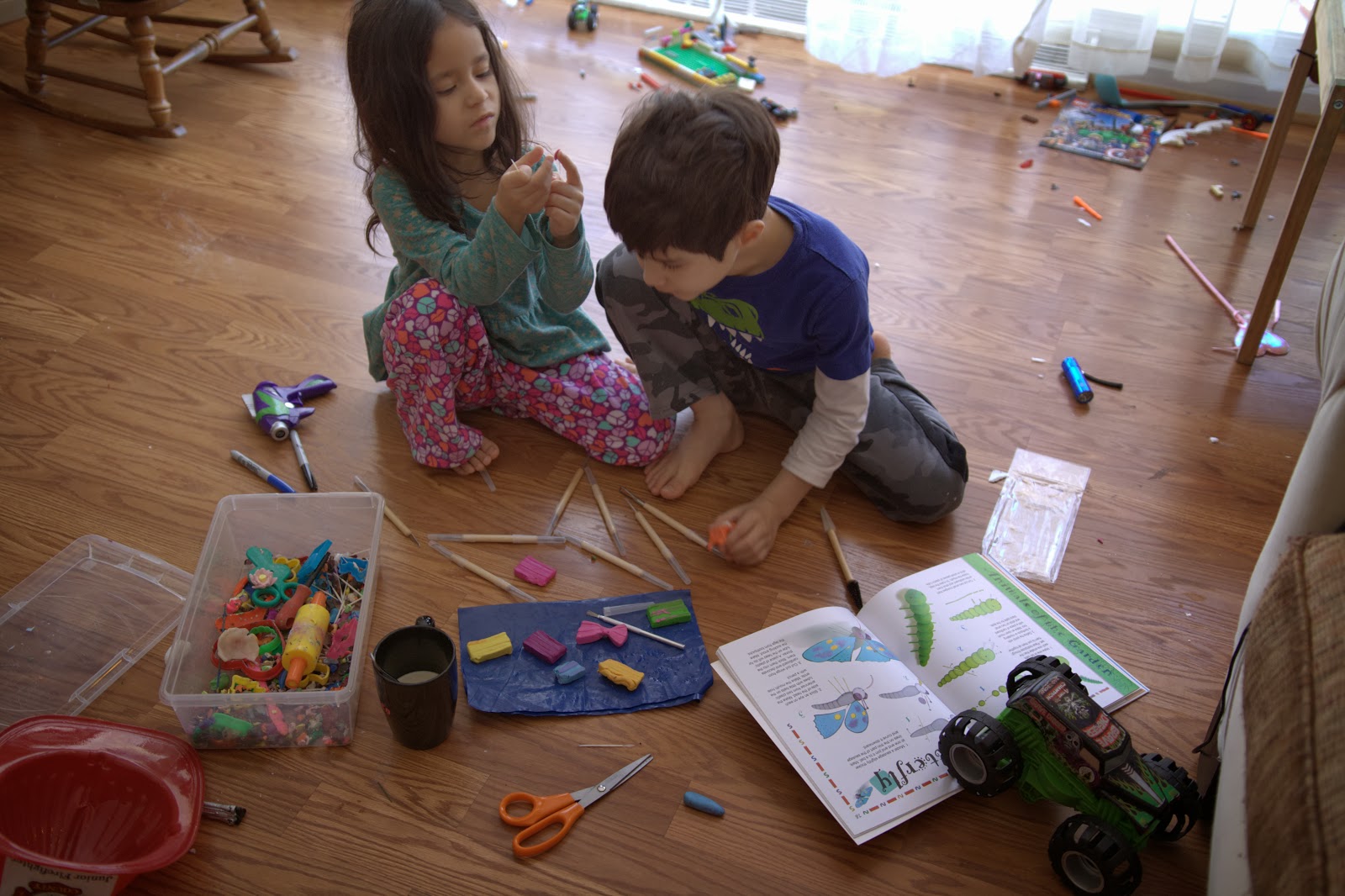 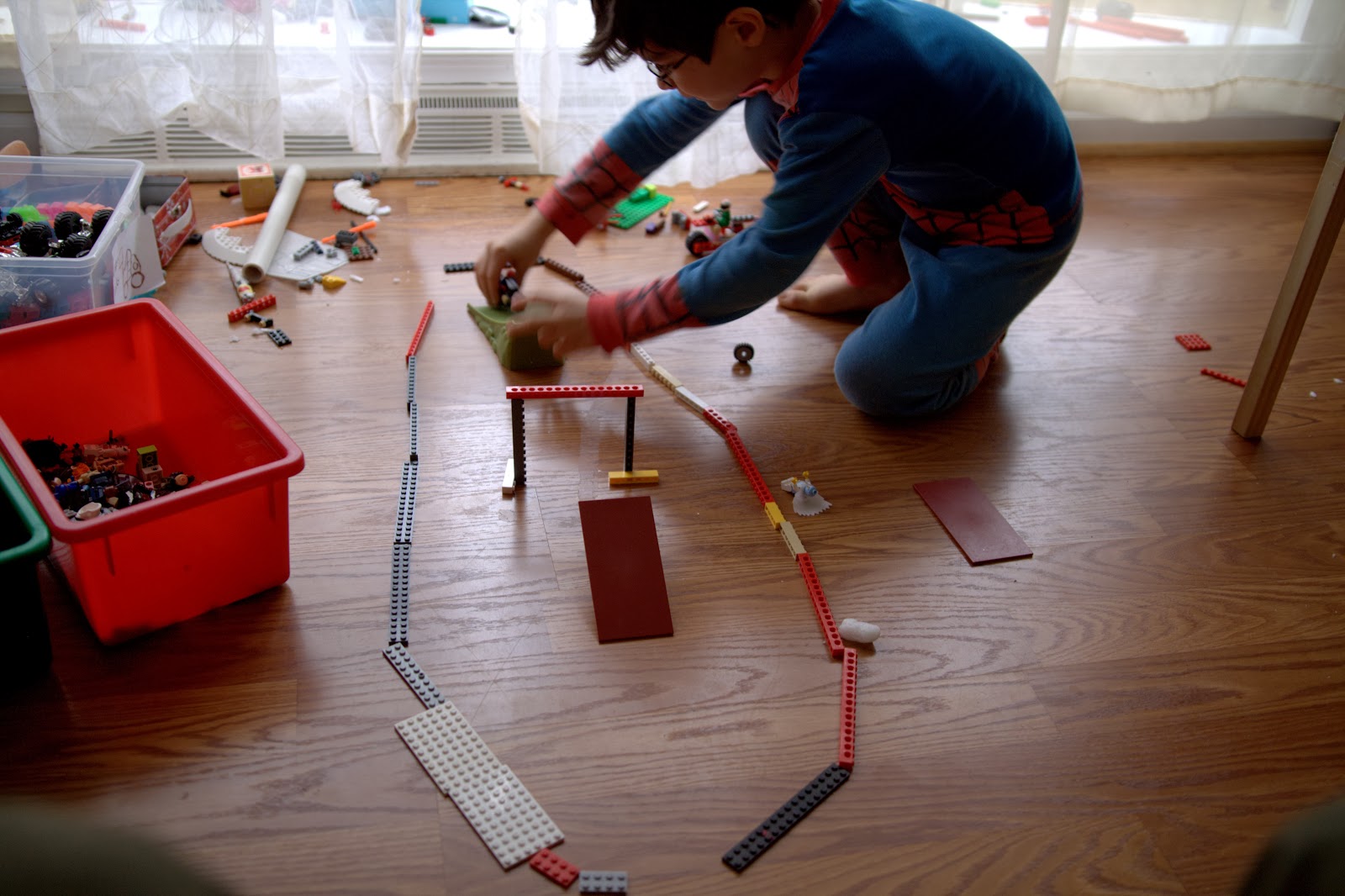 But I still felt like I needed more.  Like there is so much more to the world than just sitting on the floor and playing with legos, and I need to be feeding him this information.  But it's such a specific blend of more that he needs.  And I need a PhD in Child Psychology to figure out how to cook it up.

I've had many people ask me what we do for homeschool since I'm not teaching reading.   I have this really cool response that always stops their criticism dead in its tracks, "We're emphasizing a science and engineering focus, hands on and experiential learning.  So we do building, robotics, chemistry, electricity, physics.  Things like that."  These people know he wouldn't be getting that in public school except a couple hours a week. 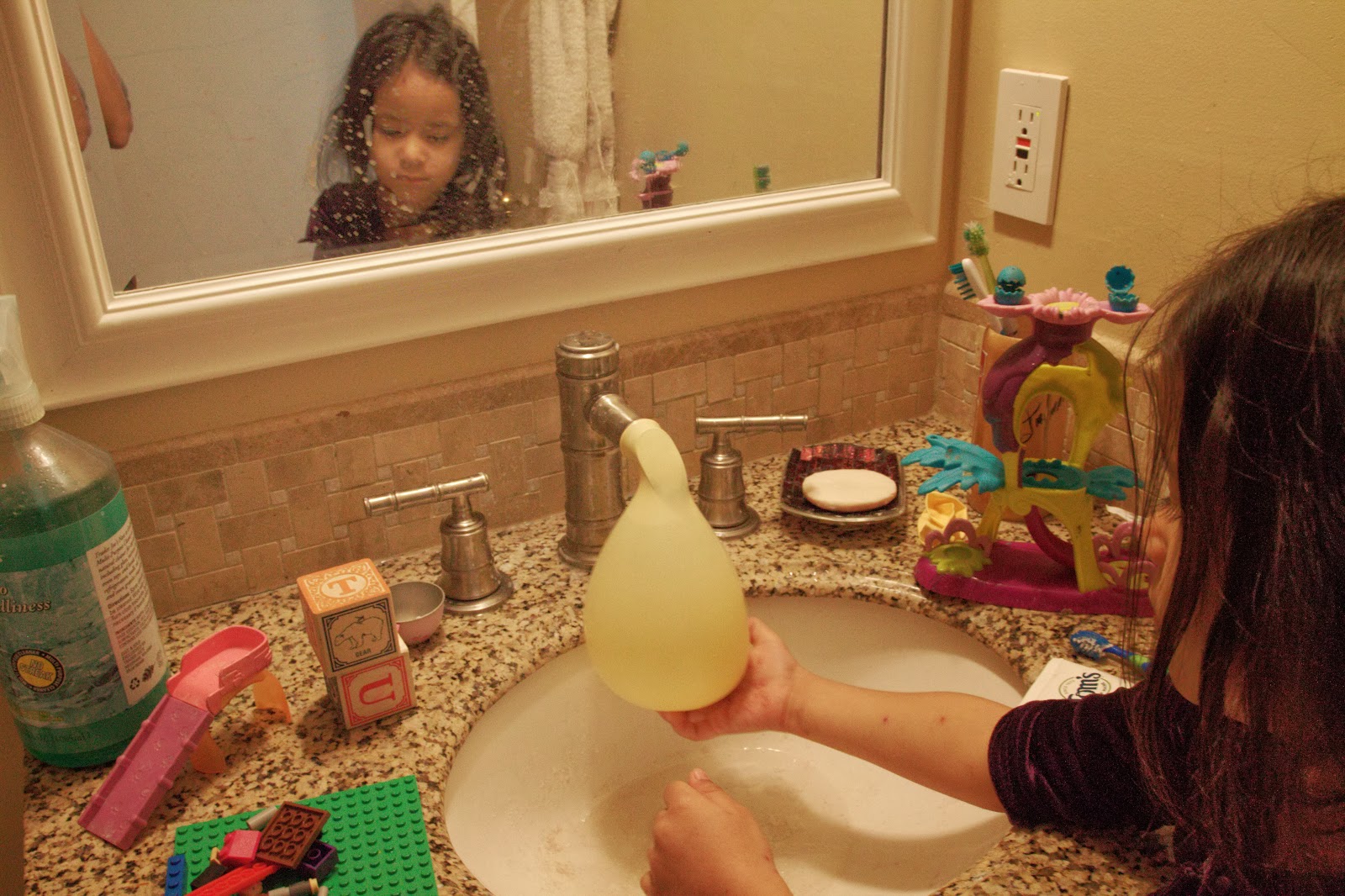 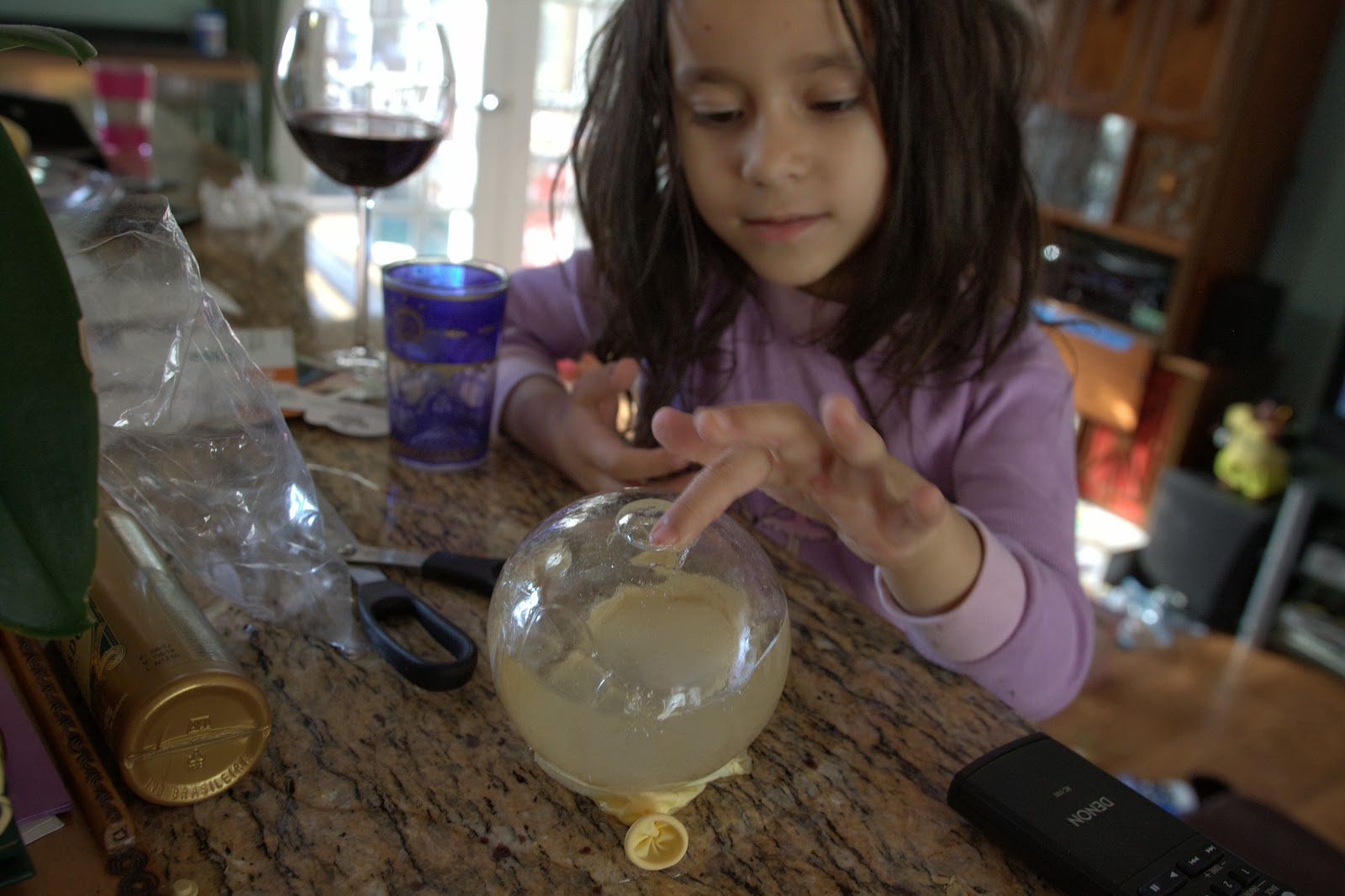 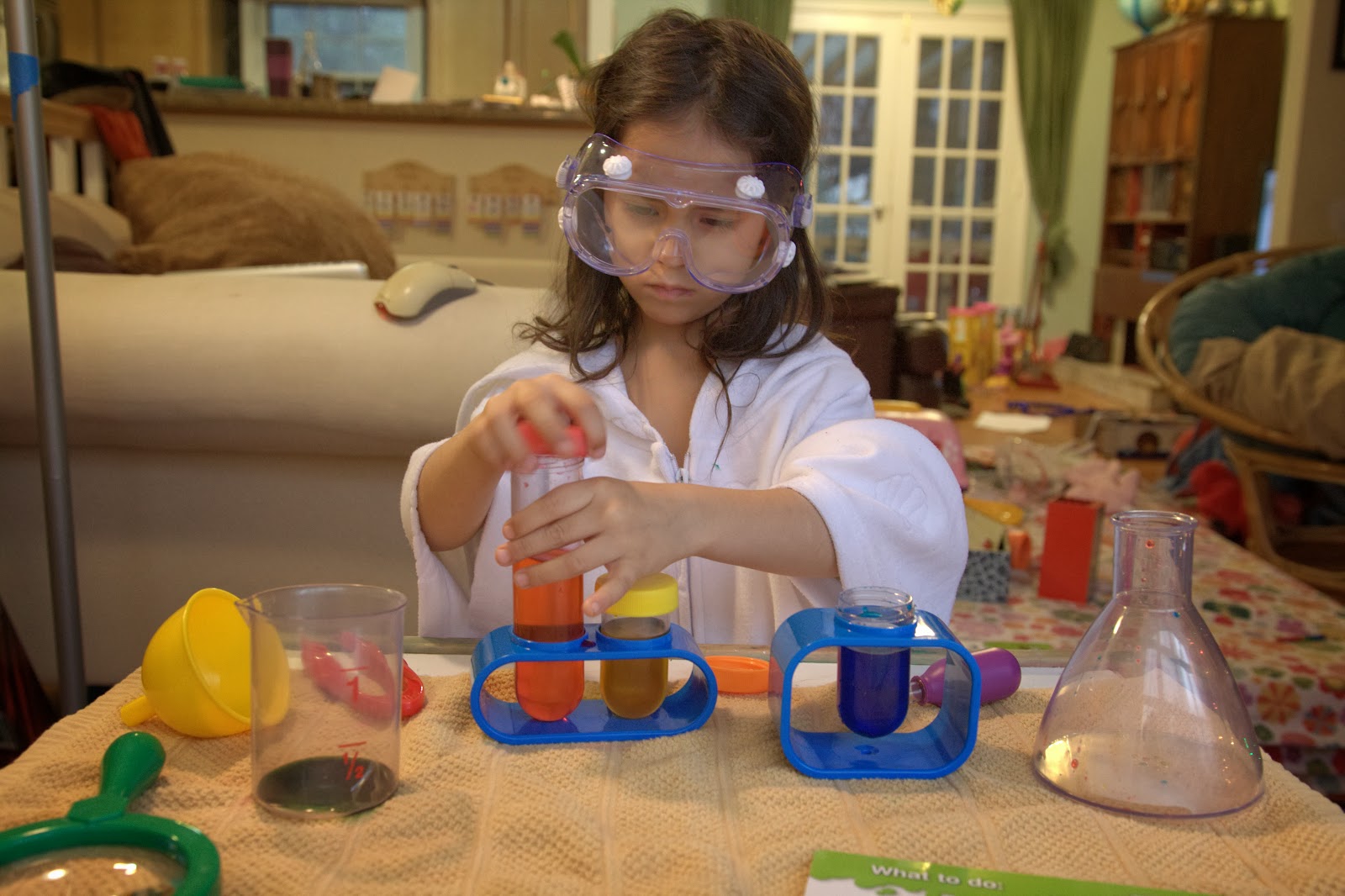 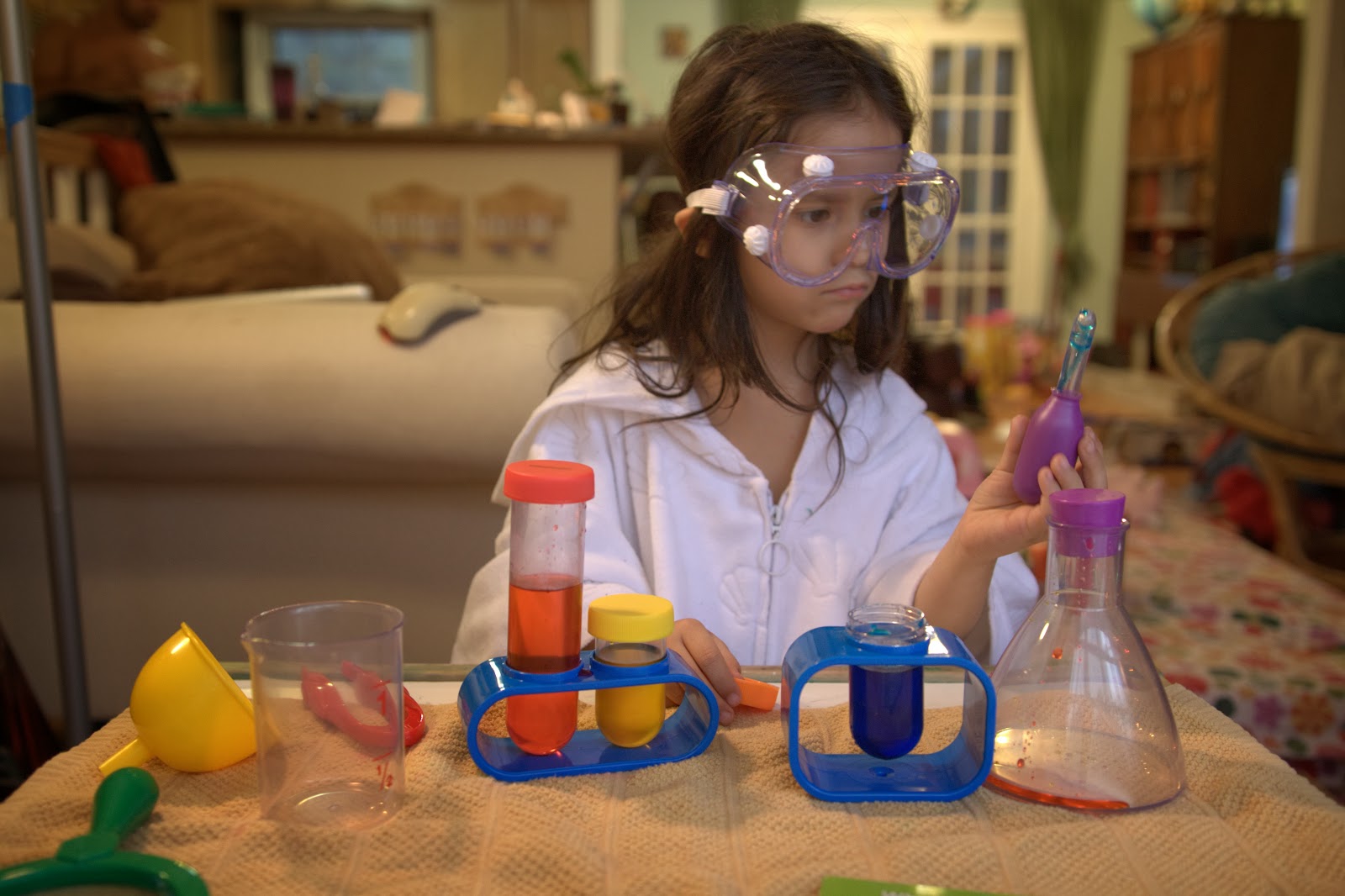 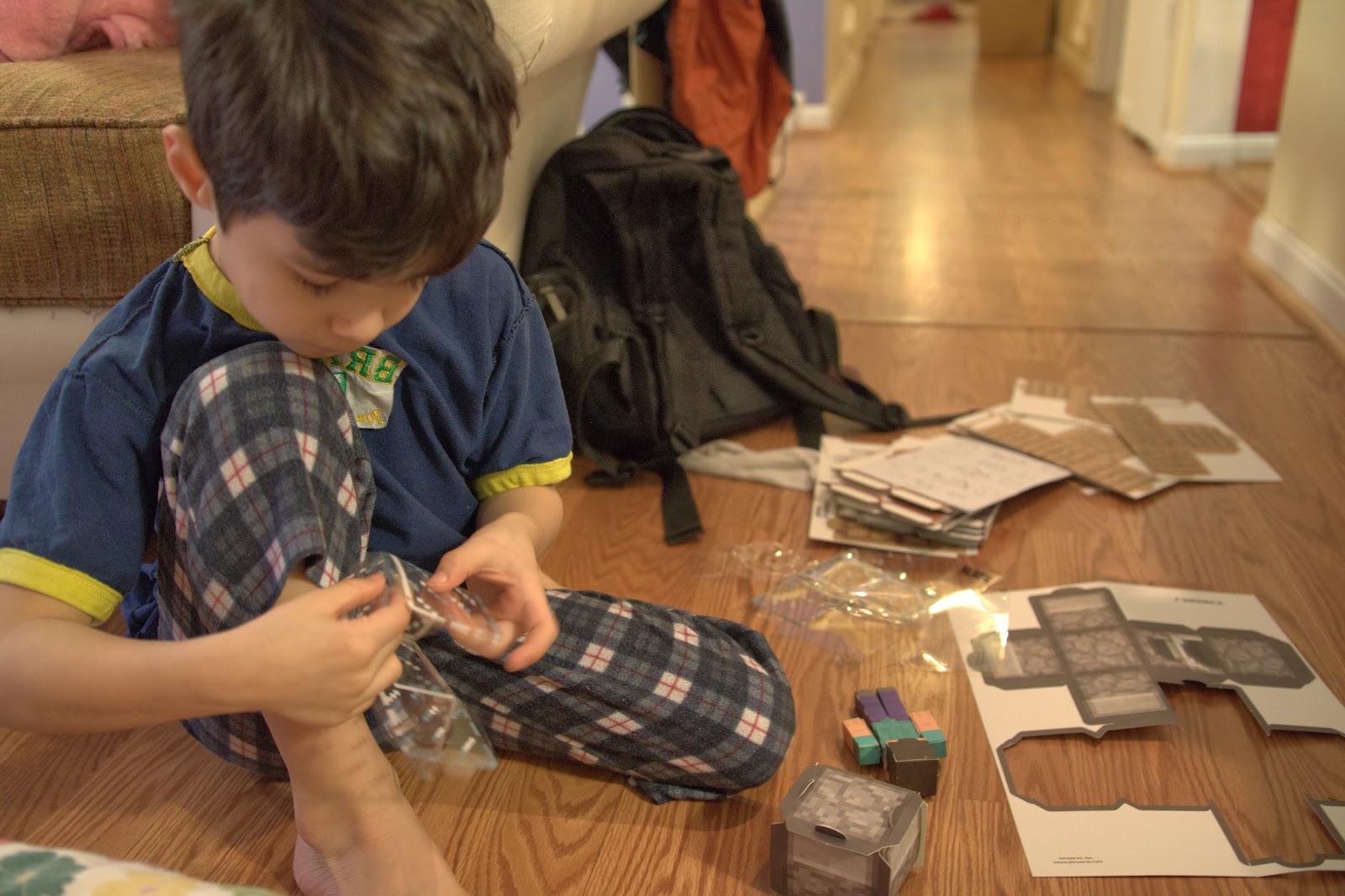 But, I feel in my heart that its partial BS.  Sure I can come up with tons of ways that we do physics (play bad piggies, shot sling shots and bow and arrows, watch movies about space and the planets)  But I don't have anything to show for our days homeschooling.  No proof to demonstrate he understands the things we talk about.  And then I fight with myself internally over whether that matters or not.

Mari thinks I should just put him back in school and quit it with the drama.  He's fully supportive of homeschooling but wants to protect me from getting so depressed and frustrated.  The thing is I know that homeschooling is better for Kaio, but I think I'm failing him by not knowing how to help him through the areas he struggles.  At least in school, the special ed teachers were really good at that.  He always kept up to grade level.  Since we started homeschooling he's fallen behind on every measure - from academic to social to confidence to level of general happiness.

Even though he was 'learning' in the traditional sense, he hated it.  He thinks it's jail.  What kind of parent would I be to send my kid to jail?  I don't want to do that.

But I gave him an ultimatum.  If this week is leaves me with that bad feeling pit in my stomach then he needs to go back to school.  I think it is better than getting yelled at by me throughout the day.  I know that if I do send him back then we'll still be fighting before and after school.  I don't really want to send him back, and I'm going to try to find ways to get the evidence of progress I need to feel comfortable, without having it take so much haggling and threatening.
at 3:24 PM